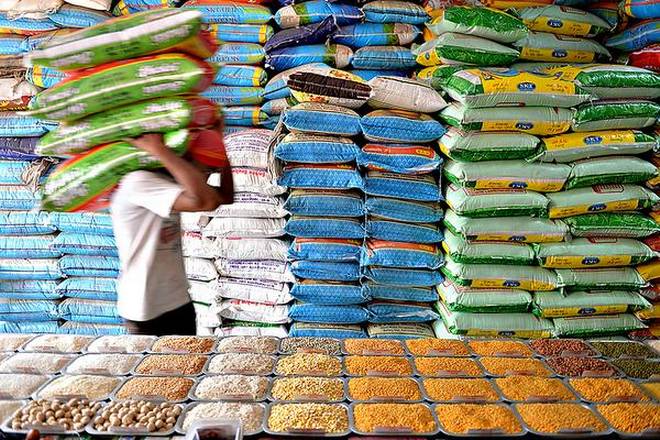 A month after the Goods and Service Tax (GST) came into force, trade and industry here is still grappling to understand the new structure. While some sectors have reported a slow down in sales, the classification of goods, which is yet to be properly understood, has been a bane for the trading community, trade and industry sources say.

The crucial foodgrains sector is still struggling to maintain pace even as traders have reported a drop in sales by almost 30%, said president of the Bengaluru Wholesale Foodgrains and Pulses Association Ramesh Chandra Lahoti. “The new classification has been confusing. For example, a trader in pulses has to look out for dry leguminous seed classification, which is causing confusion,” he said, and added that they have been demanding simplification of language that can be understood by the trading community.

He said trade had been sluggish after GST, as many traders, unable to understand the new HSN codes stopped trading for a few days after the new tax regime kicked in. “About 50% of the traders in Yeshwantapur APMC, the largest wholesale foodgrain market in the city, do not have computers. They are still generating handwritten bills.”

For the garment sector, which employs one of the large force, the confusion on the tax over job work seems to have slowed down offtake. The former president of the Karnataka Hosiery and Garments Association Sajjan Raj Mehta said, “Most garment units involve multiple job works, including knitting, dyeing, printing, cutting, and embroidery. Instead of taxing job work, a uniform rate of 5% on readymade garment will result in better understanding and compliance.”

Acknowledging that the classification under GST required more clarity, member of the GST Advisory Committee, set up by the Karnataka government, B.T. Manohar said confusion still exists among the trade community and there needs to be clarity in tax rates too. Further, traders also need to understand the input tax credit well, he added. “However, for those who complied with VAT well, the first filing of returns under GST may not be a problem. Though there are problems now, we hope it to settle down in the next two to three months.

Many branded food produce have turned unbranded in the last one month. According to president of the Bengaluru Wholesale Foodgrains and Pulses Association Ramesh Chandra Lahoti, at least 75% of the branded products have not been using logo in order to escape from the 5% tax net. “In foodgrain business, a 5% margin is huge. It will be difficult for branded products to compete with unbranded ones that has 0% tax, he said, and added that a ₹5 to ₹7 difference per kg at the wholesale market will make a lot of difference in sale. “So many mills that were selling branded rice, pulses, wheat, aata, maida, and soji have not been using logos,” he said. According to Mr. Lahoti, they are expecting some relief during the next GST Council meeting.

‘Buisiness has been dull’

For some small businesses, the kicking in of GST regime has brought more than expected misery. “In the last one month, I have managed to raise just one bill that too for a few thousands. There has been almost no sale as wholesalers and retailers have refused to lift fresh stock owing to confusion and fear,” said a Bengaluru-based woman entrepreneur, who manufactures soft toys. With the “season” for soft toys starting in mid-August, she is anxious to sell her products that are piling up in her stock.

“Wholesalers are scared that I will raise a bill and hence are going slow. Business has never been so dull,” she said on condition of anonymity the entrepreneur, who chose to remain anonymous, said. While she has been in the soft toys manufacturing industry for the past 18 years, she has been an entrepreneur for the past four years.

According to her, running her business has become very difficult since she hires people on piece-work basis. “If I do not give work to them, they will move on to other jobs. When business increases in the future, I may not be able to get the workers back. Rotation of money in business is almost not there in the last one month,” she said.

Inquiries with others running small businesses revealed that rotation of money that supported continuation of businesses has come down drastically, hurting many in the supply chain. The former president of the Karnataka Hosiery and Garments Association Sajjan Raj Mehta acknowledged that much cash is not available in the supply chain.
Source: http://www.thehindu.com/news/cities/bangalore/gst-regime-classification-of-goods-still-a-bane-for-traders/article19404613.ece