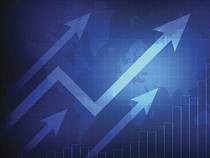 NEW DELHI: The government expects the goods and services tax (GST) and increased surveillance to boost tax revenues over the next two years, taking India’s tax-to-GDP ratio close to 12% by FY20.

The higher revenues are projected to push up capital spend of the government, bring down fiscal deficit to sustainable 3% of GDP and lower the revenue deficit to 1.4% of GDP by FY20. The medium-term expenditure framework released by the government on Thursday shows tax-to-GDP ratio rising 30 ..