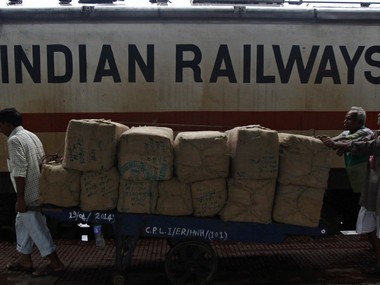 A body representing contractors working on various infrastructure projects with Indian Railways has threatened to go on a strike from August 20, claiming that a high Goods and Services Tax (GST) rate on old contracts was adversely affecting those in the business.
If the Indian Railway Infrastructure Providers Association (IRIPA) would go on strike as planned, it would affect 15 major infrastructural projects in the state, including several major projects like work on an additional line between Pune-Miraj. It might also affect cleanliness, coach maintenance, as well as electrical maintenance in the Pune Division, said H V Mane, committee member, IRIPA.
“There is no clarity as to how the GST will be implemented with respect to old railway contracts. Contractors have received no payments since July 1 on account of this confusion” said Kulmeet Singh Chhabra, core committee member of IRIPA.
“We had recently met Railway Minister Suresh Prabhu with the request to come up with a solution, but to no avail,” said Chhabra.
“The tax has gone up from 5 per cent Value Added Tax (VAT) to 12 per cent GST. Most construction materials and the special equipment we need now attract 18 and or 28 per cent GST. This has increased the operational costs of our ongoing projects. It is simply not possible for us to cover that cost,” said Chhabra.
The GST Council had pointed out that contractors could avail the benefit of Input Tax Credit (ITC). However, contractors said it was not possible as many of the raw materials were procured without bills, rendering it impossible for them to claim ITC. “If we trade with unregistered traders who do not generate bills, we will have to bear the reverse charge. We had not factored these additional cost burden while submitting tenders for railway projects,” said Keshav Aghav, Secretary, IRIPA.
“We have no options. We have decided to observe a nation-wide strike on August 20. We hope that the government acts in time and we are not forced to do anything that adversely affects railway operations across the country.