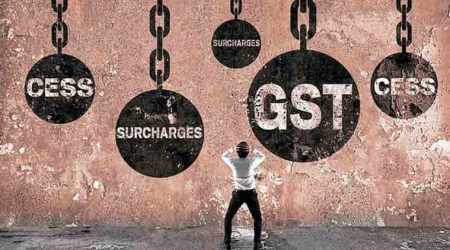 NEW DELHI: Luxury cars, sports utility vehicles (SUVs) and big cars are set to get more expensive. The cabinet approved an ordinance that will allow the cess levied on them under the goods and services tax (GST) regime to be raised to as much as 25% from 15%.

The exact quantum of the increase and its timing will be decided by the GST Council. “An enabling ordinance to that effect has been recommended to the honourable president by the GST Council,” finance minister Arun Jaitley told reporters after a meeting of the cabinet chaired by Prime Minister Narendra Modi. The move is aimed at eliminating an anomaly that led to prices of such vehicles dropping after the implementation of GST, while those of smaller autos didn’t change, Jaitley said.

Automakers, having seen a sales bump owing to the drop in prices, appealed for a reprieve. “We earnestly hope that the government and the GST Council will give due consideration to this matter and desist from raising ..he cess and putting a dampener on the positive momentum in demand that the industry had started to witness since July 1,” said Rohit Suri, president, Jaguar Land Rover India Ltd.
“It is an unfortunate decision… It will have a negative impact on sales,” Society of Indian Automobile Manufacturers said. It will even request the government and GST Council to reconsider the hike. ET had reported on August 8 that the government was planning to seek a higher cess and said on August 9 that it would do so through an ordinance.

The ordinance will amend the GST (Compensation to States) Act, 2017, to allow for imposition of a higher cess, which will effectively resrestore the levies on these cars to pre-GST levels. “The GST Council, whenever, with regard to either of these two categories or both of these two categories is now entitled to take a decision, whether it wishes to increase the quantum of cess within that permissible cap,” Jaitley said. “This is not across the board… There are 12 different categories of automobiles, of which two are impacted
Its impact will be on luxury vehicles whose prices had come down a bit. This gives aroom to restore that a bit. Now how much is that will depend on the GST Council.” Revenue secretary Hasmukh Adhia underscored that point: “There is no intention of increasing the rate on any car other than those which were put in luxury category on which there was a very high excise duty as well as high VAT (value added tax).”

DECISION LIKELY SOON
The matter is likely to be on the agenda of the GST Council’s meeting on September 9 in Hyderabad. Jaitley declined to say whether the issue would be discussed there. “Whether it will on 9th or when it will happen, that the council will decide.” The GST Council, the apex decision-making body under the new tax system, had on August 5 approved a proposal to change GST Compensation Law to raise cap on the cess that can be levied on motor vehicles.
The current law provides for a maximum cess of 15%. Under GST, the maximum tax is 28%, taking total levies to 43%, lower than the more than 50% effective tax on these cars in the pre-GST regime. The higher cess will apply to motor vehicles for transport of not more than 13 persons, including the driver.
source:http://economictimes.indiatimes.com/news/economy/policy/union-cabinet-okays-hike-in-gst-cess-on-sedans-suvs/articleshow/60289034.cms