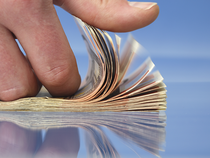 KOLKATA: Fiscal consolidation may come under threat at the central and state level due to the immediate effects of the goods and service tax (GST), loan waivers and pay revisions, putting pressure on the overall growth matrix, the Reserve Bank of India said in its annual report.

While a normal monsoon and the lowering of bank lending rates should support investment demand, RBI warned that an offsetting impact on aggregate demand could emerge if state governments rein in capital spending, keeping in view the objective of fiscal consolidation. GST was rolled out across the country on July 1.

The central government has already shifted its deadline for achieving a fiscal deficit target of 3% of GDP to FY19 from FY18, a deviation from the roadmap proposed by the Fiscal Responsibility and Budget Management (FRBM) Review Committee.

RBI said that near-term uncertainties with regard to revenue mobilisation, following the implementation of the single tax ststructure along with rising committed liabilities of states could led to the breach of fiscal deficit targets.

“In the fiscal sphere, while the gains to growth, efficiency and tax buoyancy over the medium term from the recent implementation of GST are unequivocally recognised, near-term uncertainties with regard to revenue mobilization therefrom – which could impact fiscal consolidation at both centre and state levels – cannot be ruled out as this fundamental reform gains pan-India traction,” RBI said in its annual report for FY17 that was released on Wednesday.

The committed liabilities of states may rise in case they decide to implement the recommendations of their own pay commissions in FY18. The existing high level of state government guarantees constitutes a major fiscal risk while their interest liabilities due to financial restructuring of discoms (through UDAY) will increase in the years ahead, RBI said. Thus, even as the central government makes significant efforts toward fiscal consolidation, the higher debt burden of the states could push up overall government debt, RBI said.

At the corporate level, rising input costs may prove a drag on profitability, pulling down the overall growth in general value added (GVA). A bigger threat is the so-called twin balance sheet problem—over-leveraged companies and stressed banks—which may delay any revival in private investment demand.

The expected normal monsoon and the resultant replenishment of reservoirs, policy initiatives of the government such as a hike in minimum support prices (MSP) and rising crop insurance coverage are likely to help in boosting agricultural production and supporting rural demand. The implementation of increases in the house rent allowance (HRA) as per the recommendation of the seventh pay commission for central government employees starting July and the possibility of this being effected at the state level as well should however strengthen urban consumption demand, RBI said.