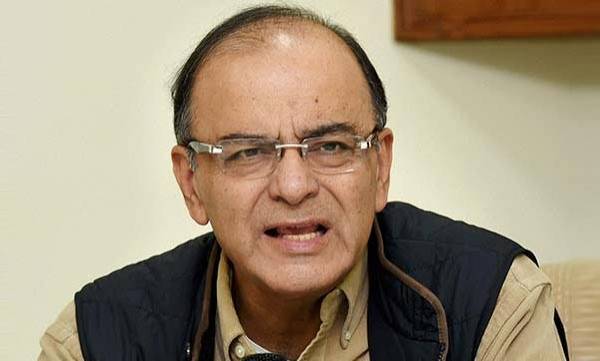 NEW DELHI: India’s maiden GST revenue mop-up got off to a bumper start, with Finance Minister Arun Jaitley saying that taxes worth Rs 92,283 crore were collected in July from just 64.42 per cent of the total taxpayer base.
Tax collections for July, the first month when a unified Goods and Services Tax (GST) was implemented+ across the country in place of more than a dozen central and state levies like excise duty, service tax and VAT, are likely to further go up when all the tax payers file returns.
The collections so far are in excess of the finance ministry’s internal estimate of Rs 91,000 crore.
So far, 38.38 lakh taxpayers accounting for 64.42 per cent of the total businesses, who had registered in July, filed returns. As per registration, 59.57 lakh businesses should file return for July.
“The 64.42 per cent taxpayers have paid Rs 92,283 crore in taxes for July,” Jaitley told reporters here.
Of this, as much as Rs 14,894 crore has come in from the Central GST (CGST), Rs 22,722 crore from State GST (SGST), Rs 47,469 crore from Integrated GST (IGST) and Rs 7,198 crore from compensation cess levied on demerit and luxury goods.
The minister said that if budget estimates are extrapolated to arrive at a monthly collection number, the Centre should have got Rs 48,000 crore and all states put together another Rs 43,000 crore.
The deadline for filing first monthly return and payment of taxes under the GST ended on August 25. However, businesses that availed of transitional credit were allowed to file returns till August 28 after paying taxes on self-assessment basis by August 25.
Jaitley said that late payment is allowed on payment of a nominal Rs 100 per day on Central GST and an equivalent amount on State-GST.
As per the tax sharing formula, the Centre will compensate states for any revenue loss calculated on a base year of 2015-16 and assumed revenue growth of 14 per cent.
“In sum total we seem to be comfortable, but we will have to break up the figures finally to see if any specific state has not had that 14 per cent in which event, out of this compensation cess that particular state will have to be compensated. At least the red line seems to have been crossed,” he said.
In July of last year, Rs 31,782 crore of excise duty was collected and Rs 19,600 crore of service tax. There is no estimate for the combined sales tax or VAT collection by states.
Dissecting the July GST collections, Revenue Secretary Hasmukh Adhia explained that the Rs 47,469 crore IGST, which also includes Rs 20,964 crore on account of imports, would be apportioned between the Centre and states based where the taxes were due.
Adhia also said that the figure for SGST collection was higher than CGST because many businesses claimed credit for IGST paid while paying CGST. Hence, net payment of SGST was more.
With regard to collection impacting the fiscal deficit target, he said “it is too early to comment”.
Explaining the reason, he said now that the internal estimate has been breached in the first month of GST rollout, it means that many businesses that were otherwise not paying taxes were coming into the net.
You will have to wait for few more months to study the pattern… A more efficient taxation system checks evasion, brings in non-filers into the system; (now it is) more difficult to evade (taxes) — that seems to be the initial first reaction,” Jaitley said.
He said the total GST collection is Rs 92,283 crore and the figure will increase with more compliance after late comers file returns.
TOP COMMENT

Fantastic previously how much states made Data used to be fictitious 🙂 G.S.T. has brought good uniformity 🙂
Kautilllya Raj
SEE ALL COMMENTSADD COMMENT
With regard to registration, Jaitley said 72.33 lakh businesses have migrated to GST Network. Of this, totally migrated is 58.53 lakh and those who have not completed all the registration formality is 13.80 lakh.
Also the number of new registrations are 18.83 lakh.

Get latest news & live updates on the go on your pc with News App. Download The Times of India news app for your device.
source:http://timesofindia.indiatimes.com/business/india-business/rs-92000-crore-collected-for-first-filing-under-gst/articleshow/60278603.cms