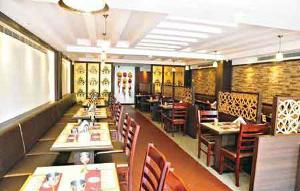 NEW DELHI: Eating out is expected to get less taxing, with the GST Council likely to back a reduction in the levy on restaurants from 18% to 12% and withdrawal of the input tax credit facility available to eateries.
The proposed change in the tax rate, discussed by a specially constituted group of state finance ministers, follows complaints that restaurants were pocketing the benefit of input tax credit for taxes paid by suppliers and the tax burden on those eating out was high.
“It is one segment that was not passing on the benefits to consumers,” said a senior officer.
If the change goes through, there will be two slabs for restaurants – 5% for those with a turnover of up to 1 crore that opt for the composition scheme and 12% for others. There is, however, no clarity on the levy at restaurants in five-star hotels at the moment.
Currently, apart from those under the composition scheme, where the compliance burden is lower, the tax rate on air-conditioned restaurants is 18%, while that on non-AC joints is 12%. “The idea is to have only two slabs but the final decision will be taken by the GST Council,” said an official.
When the rates were finalised, the GST Council was of the view that the actual levy for most restaurants will remain largely unchanged as they faced service tax as well as VAT earlier. In addition, the input tax credit was expected to make it less taxing for consumers but the government is now of the view that restaurants are being unfair. The withdrawal of input tax credit will make it a flat tax structure, with many suggesting that it will end GST on restaurants in its purest form.
The new tax structure, along with the other proposals that the group of ministers is looking into, will be discussed during next month’s meeting of the GST Council in Guwahati.
In addition, the issue of reducing the number of items in the 28% bracket is expected to come up, a demand made by several state finance ministers, which seems to have found an endorsement at the Centre, too, with revenue secretary Hasmukh Adhia going public about pruning the list.
SOURCE:https://timesofindia.indiatimes.com/business/india-business/eating-out-could-get-cheaper-as-gst-may-be-cut-to-12/articleshow/61124909.cms