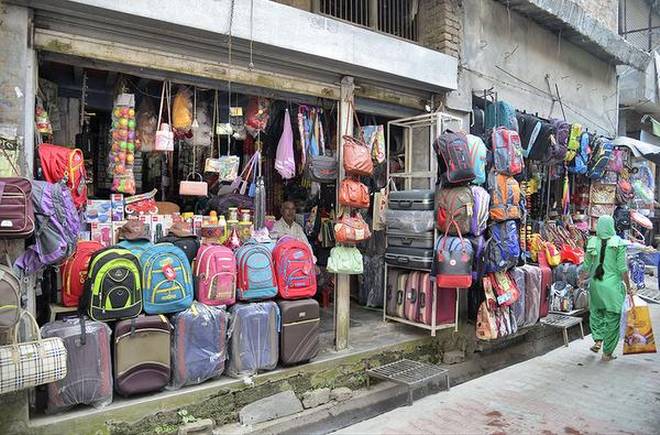 There is unease within the small trading community in Himachal Pradesh over business being affected after the implementation of the Goods and Services Tax, but this may not swing the results of the Assembly elections.

There is evidence of businesses flagging under the new tax regime in Baddi, the State’s business hub in the foothills close to Chandigarh, and in towns such as Sujanpur, where the BJP’s chief ministerial candidate, Prem Kumar Dhumal, is contesting, and Palampur.

Palampur is in Kangra district, which sends 16 MLAs to the Assembly.

Traders say that business is down since last November, with both demonetisation and GST, but seem split between the Congress and the BJP. While some say the BJP’s march has been slowed by the GST, others say they feel more comfortable with the BJP.

“The BJP stands for Hindu values that are dear to us. Even if there are some setbacks to business, many among the trading community will support the party,” says Subodh Mehra, a cloth merchant in Sujanpur.

He then explained his GST woes. “We buy clothes from Gujarat, Amritsar and Ambala. Earlier, there was no tax on cloth but now 5% GST has been imposed on it. We have to pay it at the point of purchase,” Mr. Mehra says.

“We have also to pay tax for transporting it to Sujanpur. There are barriers on the way and no evasion is possible. For filing the GST returns each month, we have to engage accountants too. They charged ₹4,000 annually earlier, but charge ₹18,000 now, as they are more in demand.”

He admits there were traders who earlier cheated on purchases and sales to pay less tax, but such evasion has become tough now.

The “disruption” in the way traders operated has also led them to purchase less goods from suppliers, Mr. Mehra says.

This claim is endorsed by the truck operators’ union plying 10,000 trucks from Baddi. “Earlier, 300 trucks went out daily for transporting goods to and from all parts of India. After GST, just 275 trucks are required daily. Our incomes have fallen,” Jagdish Chandra Jaggi, general secretary of the union, says.

In the main marketplace of Sujanpur, several traders complain about how their fortunes have dipped. They found the change abrupt and affecting their businesses.

Some seem overtly hostile to the BJP and some seem mildly displeased, but still inclined towards the saffron party.

However, the hostility towards the Congress is muted.

Despite the BJP’s core urban traders’ constituency not faring too well, the impact on the elections, where the BJP is seen to have an edge due to the cyclical nature of voting behaviour in the State and concerns over law and order and poor infrastructure, may not be huge, as traders form a small component of the State.

The State is predominantly rural, with many people in some sort of government employment, the Army and the tourism sector. The dampening effect of the shift to GST on businesses, however, is there to be seen.