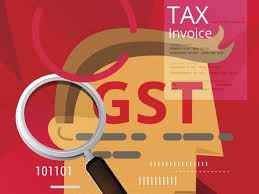 Notwithstanding the efforts of the government and Commercial taxes department, several traders and businessmen find filing of returns under the new Goods and Services Tax regime extremely frustrating as the online systems and portals rarely work.

A businessman in the non-composition scheme said that they were far better off in the old system where they used to pay their service tax once in six months. After the GST roll-out, traders would have to file their returns every month. “Overall, we are required to file three returns for the business done during the month in the next month. For instance, the first return after GST roll out in July was due on 10th of August and the second (GSTR1) and third (GSTR2) returns on 15 and 20 of the month respectively. However even after three months, we could not file even the first return for the month of July because of the glitches in the GST network,” a businessman recounted his experience.

The first return, called the 3B that would basically give the summary of turnover and the tax paid at the prescribed rate has to be filed by 10th of every month for the business done the previous month. If it is not entered into the system for whatever reason, the other two returns would not be registered. Added to that, the government imposed a penalty of ₹200 per day for the delay in filing the returns. This would mean until the systems start functioning properly, those who already paid their input tax could not claim it back.

There are neither efficient systems, nor infrastructure to accept these returns and people are forced to sit before their computer systems for hours together in vain. “This is sheer harassment we have been experiencing and the issues have not been resolved even after three months,” he says.

The government could only accomplish the registration of GST number in place of erstwhile service tax number. The portals to accept the file returns were still not working smoothly.

Another person who runs an advertisement agency wonders whether the government could levy penalty for late filing of returns, pay interest on the input tax credit to be paid back to assessee?

Voices of protest over the high tax rates were also increasing notwithstanding the government’s justification that tax rates more or less remained neutral in the GST regime. While in the old regime, part of tax component was inbuilt on a product or commodity, it was now transparent, they reiterated. However, many point out that in the earlier regime, service tax was only on certain categories to raise additional money but now GST made the service tax mandatory on all products and services. “GST in my view is a loot and there is no transparency,” alleges another businessman.

“There is no platform or authority in the government to address these issues. The ground reality is different to what the government claims,” he rues.