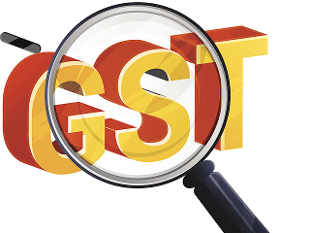 NEW DELHI: India could review the application of the highest 28% slab under the goods and services tax (GST) and consider imposiSuch a move will reduce prices of many goods, thus helping to boost demand. The Department of Industrial Policy and Promotion (DIPP) has pitched for such a shift to revive industry, especially small businesses that are regarded as engines of employment generation.

“There is a need to relook at the 28% slab,” said a senior government official. “Some of the goods placed in that bracket are manufactured by MSMEs (micro, small and medium enterprises) and they are feeling some pressure.”

“The arbitrary creation of 28% tax slab has greatly distorted the scope and spirit of true GST,” said the Confederation of All India Traders (CAIT). It should be restricted to luxury and demerit goods, it said.
Some states, especially those ruled by the Congress party are likely to raise the matter at the upcoming council meeting.
The GST Council had at its last meeting in October adopted a concept paper that laid down guidelines for changes in rates. According to this, no manufactured goods should be given outright exemption as this would hinder the Make in India initiative. States should opt for direct subsidy transfers if they wanted to reduce tax incidence on any item.

For the 28% bracket, the paper said goods of mass consumption or public interest, intermediate goods and those predominantly manufactured in the unorganised MSME sector and export-related items could be considered for review, subject to revenue implications.
“The 28% category should ideally be limited to very few products, which qualify as luxury or sin goods, in line with recommendations in chief economic adviser Arvind Subramanian’s report on the GST rate structure,” said Pratik Jain, indirect tax leader, PwC India.

“Any successful GST regime is based on a wider tax base and moderate tax rates. Therefore, most of these products should be gradually brought down to 18%. Also, there is a case for reduction of tax on services from 28% to 18%.”