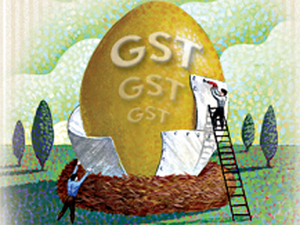 NEW DELHI: Startups such as UrbanClap, Quikr and Housejoy that provide digital platforms for service providers such as plumbers, carpenters and cleaners are now faced with the challenge of keeping them on board. That’s because these services now attract goods and services tax at 18%, making them uncompetitive in comparison with neighbourhood rivals who typically get jobs based on word of mouth and are usually paid in cash.

Most of these ‘micro-entrepreneurs’ have turnover way below the exempted threshold of Rs 20 lakh, but their services face tax as these are sourced via these e-platforms. The companies themselves can’t absorb the tax as that would make them unviable. “In light of the current major disparity between online and offline sectors, service providers are required to pay a staggering 18% GST if they operate in the online world, unlike the offline world where they do not need to pay the same,” said Housej ..

A notification issued in August made it clear that irrespective of the provider’s turnover, services via online platforms would be liable to tax. This would have to be collected and paid by the platform. Also, with these service providers becoming part of the formal economy, they have to start filing returns and maintaining records, even if they’re below the threshold.

The industry has told the government that this discriminates between the two delivery models, much against the government’s own objective of formalising the economy and digitisation.

“A differential taxation regime is in the long run a lose-lose for everyone — customers, service professionals, and the government,” said UrbanClap cofounder Abhiraj Singh Bhal.

Almost 99% of the service-providing population earns much less than Rs 20 lakh per year, said Chatterjee. “While home services companies like Housejoy are a convenient way for customers to find reliable, trained experts, one cannot overlook the fact that it is a great platform for such skilled professionals to expand their reach and multiply earnings exponentially,” he said.

“However, the current taxation system with 18% GST is clearly unfavorable for all parties — service professionals and customers included.”

This is unfair and goes against the digital economy, said an industry expert. “It hits largely individual service providers…This is making their service costlier vis-à-vis offline providers,” he said, adding that tax should be levied only on those providers with a turnover above Rs 20 lakh.
“Platforms like UrbanClap help service professionals become micro-entrepreneurs, multiplying their earnings, while providing a safe, convenient platform for customers,” Bhal said. “They also bring much-needed organisation to this grey sector, with KYC (know-your-customer) norms, standards… One can argue that this is a case of online-offline disparity.”

Housejoy’s Chatterjee said: “This clearly indicates the need for a better and judicious system, a regime that is fair to every segment of society, especially the lower-earning strata.”
There should be a level-playing field between online and offline transactions, said Pratik Jain, indirect tax leader, PwC.
“If anyone transacting on ecommerce platform is required to pay GST irrespective of their threshold, it will act as a deterrent for individuals and small businesses to transact online, which obviously cannot be the intention of the government,” he said. “This needs to be looked into.”