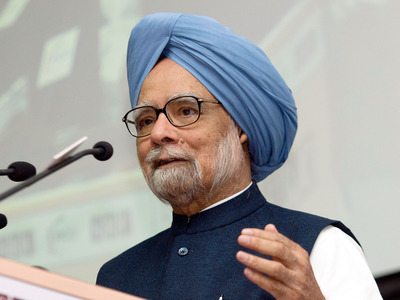 Former prime minister Manmohan Singh is slated to visit Ahmedabad on Tuesday during which he is expected speak on the state of economy. He will focus on demonetisation and GST during a public function and at a press conference.

Congress has held meetings with traders in 25 places across Gujarat, including Rajkot, Surat and Ahmedabad. “Traders there requested us to bring in Dr Singh after which party vice-president Rahul Gandhi spoke with him and requested him to enter the campaign,” the leader said.

He maintained the party believed that the former PM, with an image of a leader “who kept the economy in check”, would boost the party’s prospects in poll-bound Gujarat. Party vice-president Rahul Gandhi is headed to north Gujarat from November 10 to campaign for the party.

Gandhi has taken on the Modi government for its implementation of GST, saying it had severely affected small and medium enterprises.