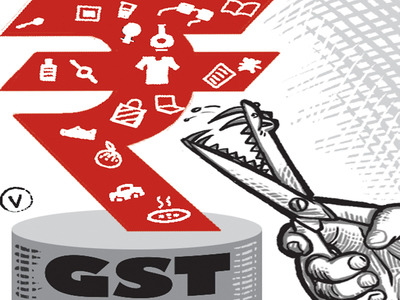 Congress VP Rahul Gandhi may have struck a chord with his “Gabbar Singh Tax” jibe but GST is not an election issue in Himachal.
The rollout of GST has been painful across businesses. As ET travelled across the state speaking to small and big traders and cooperatives, everybody spoke about GST pains but not a single business owner said he would vote on the issue.

Milap Chand, a small grocery store owner in Ghagus village of Bilaspur, says, “It is cumbersome. Every small business owner has to give Rs 1,000 to a chartered accountant to make his business GST compliant.” But Chand, who is from BJP’s stronghold of Bilaspur, says he is a staunch supporter of the saffron party.
Owners of budget hotels lining the Mall Road say when customers offer to pay them in cash, they don’t refuse.

“This means that we don’t need to show our rooms as occupied,” said Sonu Chauhan, manager of a budget hotel in Shimla. Praveen, an employee managing a Bhuttico showroom in Hamirpur market, says: “The sales were down manifold. People did not buy. Then, there was confusion whether GST would be over MRP. We did not sell any products at the time. Then, we got directives that GST would be included in our MRP.

The market sentiment has been down since demonetisation.” Ask him if this is an issue that he would vote on and he replies in the negative.
Even Congress is aware of this dichotomy. Himachal CM’s son Vikramaditya Singh, Congress candidate from Shimla (Rural), said: “When I go to people I talk about development. GST is a difficult concept to explain to this electorate.” Ex-Congress MLA Anita Verma echoes similar sentiment.

Any attempt by Congress to rake up GST has also been thwarted by BJP distributing the CM’s speech in the Himachal assembly when the state passed the GST bill. Speaking to ET, BJP’s CM candidate PK Dhumal said: “Please read Virbhadraji’s speech. He has given credit to Congress for shaping GST. So how can they blame Modiji for this?”