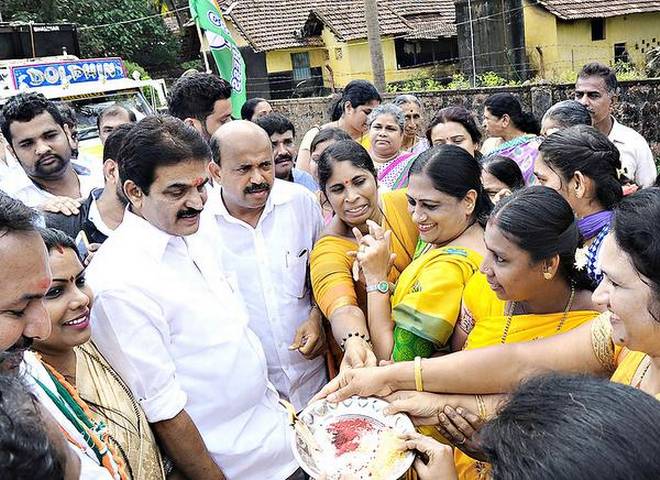 All India-Congress Committee (AICC) general secretary and in-charge of the Congress in the State K.C. Venugopal alleged here on Monday that “the Prime Minister Narendra Modi is looting common people in the name of the Goods and Services Tax (GST).”

Addressing a meeting of booth-level representatives of the party he called the GST as “Gabbar Singh (a character in the film Sholay) tax.” Mr. Venugopal said that the Congress would observe November 8 as Black Day against the Union government for implementing demonetisation without preparation. As a result people are still suffering, he alleged.

The Congress leader claimed that 150 persons have lost their lives by standing in line in front of bank branches for depositing old currency or for exchange of currency. The Congress would consider them as martyrs.

He said that Rahul Gandhi is a man of “kaam ki baat” while Mr. Modi does only “mann ki baat”. Earlier he took part in the “Mane Manege Congress”, a house connect programme of the party near Kavoor and Deralakatte. Referring to it he said that the party would have to complete the programme in the State by the end of this month.

Calling upon the party workers to work for the defeat of the BJP in the next year’s Assembly elections in the State he said that the whole country is now looking to the outcome of next year’s Karnataka elections.

B. Ramanath Rai, Minister in-charge of Dakshina Kannada, said that the party is fighting against the “communal Sangh Parivar” in the district.

The Congress closed one side of the road between Kadri petrol bunk and Mallikatta for erecting the stage and organising the programme on the road in front of its district committee office. As a result many commuters were put into trouble as they were made to use one side of the road as a two-way for half the day.