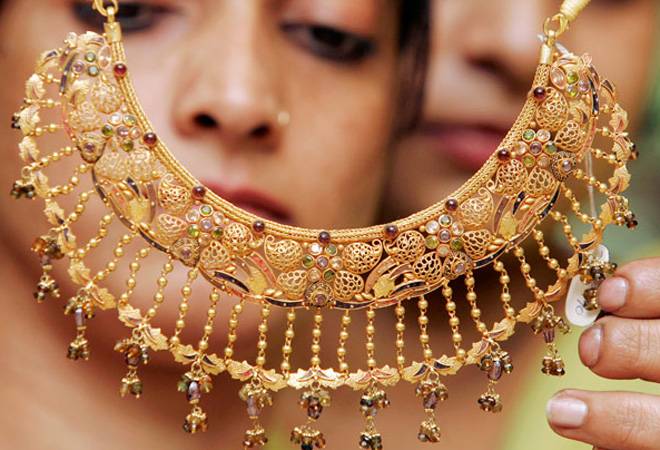 The demand for gold jewellery in India has fallen by 25% year-on-year to 114.9 tonnes in the third quarter of 2017 led by introduction of Goods and Services Tax (GST) and bringing gems and jewellery industry under the umbrella of Prevention of Money Laundering Act (PMLA) in August. This was revealed by World Gold Council in its report on Gold Demand Trends.
According to the report, gold demand remained under pressure as PMLA placed administrative compliance burden on retailers and consumers alike with ‘know your customer’ (KYC) documentation for all jewellery transactions with a value of Rs 50,000 or above. People particularly in rural India, where cash transactions are the norm, as consumers shied away from providing official ID to support gold purchases.
The report further said that consumer sentiment improved a bit due to lifting of PMLA ahead of Diwali, but it resulted in just average festive-season buying due to new tax regime.
On the global front too, the demand weakened for gold. It slipped by 9% year on year and came to an eight-year low to 915 tonnes. In year to date it fell by 12%. Exchange-traded fund (ETF) inflows slowed sharply in the three months ending September. However, demand for gold jewellery in mainland China recovered to 159.3 tonnes, up by 13% year-on-year after 10 consecutive quarters of decline.
“The year-on-year drop in global demand was largely attributable to India, which has been disrupted by the changing tax regime and tighter regulation around jewellery transactions,” WGC said.
Meanwhile, investment demand for gold was down 28% year-on-year at 241.2 tonnes as ETF inflows slowed sharply from the spectacular 2016 levels.
“During the Q1 to Q3 period, inflows of 179.7 tonnes were just one-quarter of the record inflows seen in the first nine months of 2016. ETF investors lacked a clear catalyst in Q3 as the gold market was pulled in different directions, culminating in modest global inflows for the quarter,” WGC said.