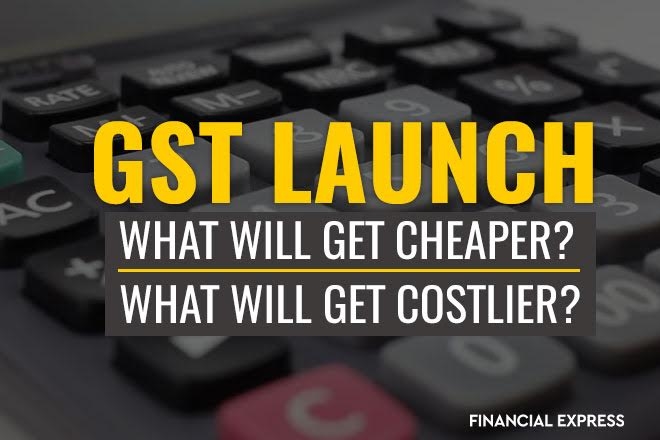 The GST Council may tomorrow consider reducing items in the 28 per cent tax slab and slash rates for daily use items, plastic products and hand-made furniture as it looks to provide relief to consumers.
Four months after the Goods and Services Tax (GST) was rolled out, the panel headed by Union Finance Minister Arun Jaitley will look at the most comprehensive overhaul of rates, easing returns filing and providing more relief to small and medium enterprises, official sources said.

The 23rd meeting of the Council, being held here, will also deliberate on the suggestions made by Assam Finance Minister Himanta Biswa Sarma-headed GoM to cut tax rates for the composition scheme businesses to 1 per cent and lower rates for non-AC restaurants.

The Council may tomorrow rationalise rates in sectors where the total incidence of taxation has gone up because the goods were either exempt from excise or attracted lower VAT rates under the previous indirect tax regime.
As the Council tries to accommodate industry concerns on tax rates, after estimating the impact on revenue, a rationalisation of items in the 28 per cent tax bracket is expected.
“Most of the daily-use items like shampoo could be lowered to 18 per cent. Tax rate on items like furniture, electric switches and plastic pipes could be relooked at,” an official said.

Besides, making the composition scheme more attractive is on the agenda and as per the Group of Ministers (GoM) recommendations, the Council may decide to allow businesses in inter-state trade to opt for the arrangement.
The GoM had also suggested slashing tax rate to 1 per cent for manufacturers and restaurants opting for the scheme from 2 per cent and 5 per cent, respectively.

It was in favour of doing away with the tax rate distinction between AC and non-AC restaurants, those which are not covered under the composition scheme and tax them at a flat 12 per cent.

Currently, non-AC restaurants are taxed at 18 per cent.
It also suggested that eating out at hotels that have room tariff of more than Rs 7,500 should attract a uniform 18 per cent rate instead of any separate category for 5-star hotel, which currently falls under the 28 per cent bracket.
With regard to traders, the GoM came up with a two- pronged approach for taxation under the composition scheme.

It suggested that traders who want to exclude sale proceeds of tax-free items from turnover can pay 1 per cent GST. However, for those who pay tax on total turnover, the tax rate has been proposed at 0.5 per cent.
With a view to easing compliance burden of taxpayers, the Council is also going to review the requirement of filing three returns every month under the GST set-up.

Businesses have to file returns in GSTR-1, GSTR-2 and GSTR-3 forms for every month. These forms detail outward supplies of taxable goods and/or services, inward supplies for claiming input tax credit and monthly returns.
The review follows businesses complaining about problems in matching invoices while filing July returns. Businesses have also complained of trouble in invoice matching while filing GSTR-2.
The Assam finance minister-headed GoM has already suggested allowing all businesses to file quarterly returns under the GST regime, akin to those businesses whose monthly turnover is up to Rs 1.5 crore.

The first three months of GST rollout have earned a cumulative revenue, including Integrated GST collections, of around Rs 2.78 lakh crore for the exchequer.

The businesses have initially filed sales returns or GSTR-3B and paid taxes.

GSTR-3B was introduced .. introduced for making compliance easy and would be available only till December. The official further said that GSTR-3B might be extended beyond December as the government feels that businesses have adapted themselves to the system.

3B is required to be filed by the 20th of next month.

The final GST returns are to be filed by submitting forms GSTR-1, 2 and 3.

Over 47 lakh businesses have filed GSTR-1 return for July. These sales returns will have to be matched with the purchase invoice to be filed in GSTR-2.

Over 21 lakh businesses have filed July GSTR-2 and the due date for filing has been extended by a month to November 30.

After matching of GSTR-1 and 2, the businesses will have to file July GSTR-3, the last date for which is December 11.