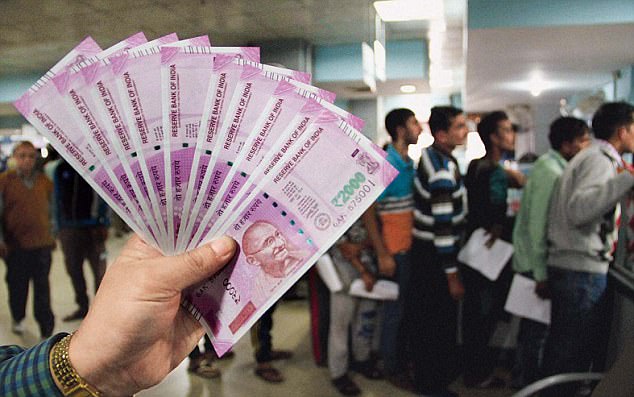 Those planning to buy new furniture or refit electric switches might have to pay less after Friday, as the GST (goods and services tax) Council is likely to slash the indirect tax rates on these items at its meeting in Guwahati.

At present, these attract 28 per cent tax. As many as 165 such items could be moved to the 18 per cent category, with only 62 attracting the highest rate. Those retained in the highest category could include digital cameras, shaving creams, paints and varnishes, cigars, pan masala, chocolates, cosmetics, vacuum cleaners, refrigerators, washing machines, hair conditioning items, hair dyes, and marble and granite.

Some common items might also have their rates slashed from 18 per cent to 12 per cent, as demanded by states such as West Bengal.

At the Friday meeting, the Council will also have a presentation about the inclusion of real estate under the new indirect tax regime. Reducing the compliance burden on taxpayers would be a part of the exhaustive agenda.

If these suggestions of the “rate-fitment committee” are accepted, it would be the biggest rejig of rates since the GST roll-out on July 1 this year. Many common goods, which make up 75 per cent of the highest GST slab, will become cheaper.

“This will be a big relief for consumers and industry. It is to be seen if all states accept it,” said a government official on condition of anonymity.
Over 1,200 products and services were fitted into one of the four tax slabs — 5, 12, 18, and 28 per cent — before the roll-out.

A state government official said there would be some discussion on trimming of items in the 28 per cent slab. “Some rules need to be formulated on rate reduction. It can’t be done by the fitment committee alone. There needs to be some basis for that,” said the official.

Finance Minister Arun Jaitley had said at an event on Tuesday that some of the items should never have been in the 28 per cent slab.

A finance ministry official said initially items that had attracted 12.5 per cent central excise and 14.5 per cent value-added tax (VAT) were “mechanically” put in the 28 per cent slab.

A presentation will be made on the inclusion of real estate in the GST. The approval of states is key as stamp duty and registration fees on property are the exclusive domain of states according to law and will need an amendment in the Indian constitution.

The Indian Stamp Duty Act, 1899, empowers states to collect and impose stamp duty. These vary across states, currently in the range of 3-10 per cent.

“The discussion on real estate will be at a very conceptual stage. Pros and cons will be discussed. After all, states will need to surrender their power to tax, even though revenue may not be a big concern,” said another government official.

Jaitley had said at Harvard University last month that bringing real estate under the GST will be taken up in the Council at its Guwahati meeting. “The one sector in India where maximum amount of tax evasion and cash generation takes place and which is still outside the GST is real estate. Some of the states have been pressing for it. I believe that there is a strong case to bring real estate into the GST,” he had said. “Some states want; some do not. There are two views. Therefore, by discussion, we would try to reach one view,” Jaitley had said in the US.

The Council might also allow quarterly return filing for all taxpayers, with monthly tax payment. This was suggested in a report prepared by the group of ministers (GoM), led by Assam Finance Minister Himanta Biswa Sarma.

In its last meeting, the Council had allowed quarterly return filing and tax payment for those with an annual turnover of up to Rs 1.5 crore.

“Keeping in mind the matching of returns, why not allow quarterly return filing for all taxpayers? If not all, at least for those with annual turnover of Rs 5 crore or Rs 10 crore should be allowed easier compliance through quarterly filing,” said the official. Besides, the composition scheme that allows a flat rate of tax and easier compliance may be eased further. The Council may increase the threshold for eligibility to Rs 1.5-2-crore annual turnover, from Rs 1 crore at the moment. This will require an amendment in the law. “Amendment in the law will be needed, as the Act currently provides for a limit of Rs 1 crore for the composition scheme. We will not do it through an ordinance, but by amendment, which may take about two months,” said another official.

A flat 1 per cent rate for manufacturers and restaurants will be considered, against the current 2 per cent and 5 per cent, respectively. For traders, a lower rate of 0.5 per cent in the case of a cumulative turnover of exempted and non-exempted goods and 1 per cent for non-exempted goods may be allowed. Allowing inter-state sale under the composition scheme will also be taken up.

Additionally, a reduction in late filing fees to Rs 50 per day, against Rs 200 at present, may also be considered. For traders, the report recommended a lower rate of 0.5 per cent in the case of a cumulative turnover of exempted and non-exempted goods, and 1 per cent for non-exempted goods.

Confederation of All India Traders has also been pitching for a reduction of items in the 28 per cent tax slab. In a letter to the finance minister, it has said that items related to construction and infrastructure such as cement, builders hardware, plywood, electrical fittings, marbles, beauty cosmetics, nutraceuticals, vitamin, mineral and protein should be kept out of 28 per cent.
source:http://www.business-standard.com/article/economy-policy/only-62-items-likely-to-stay-in-28-gst-slab-117110900066_1.html