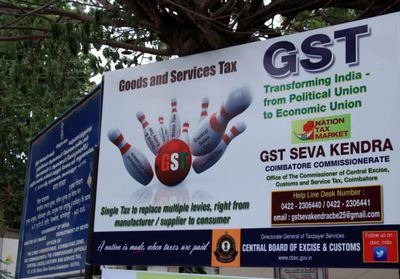 NEW DELHI: The government plans to tap the Central Board of Excise and Customs’ vast network of 4,500 GST seva kendras to help small businesses and individuals, who have to comply with the new regulations and file returns. In the process, it will also deploy thousands of individuals who are undergoing skill training, to become return filers and help others.
The return filers will be on the lines of tax return preparers, who help individuals file I-T returns. Sources told TOI that the new set-up will be in place soon and will also come handy for housewives, many of whom are working as consultants, or those who have let out property for commercial purposes, such as shops.
The move to handhold small traders comes along with a series of steps to simplify the tax regime, which has faced severe criticism due to the multi-stage filing protocol that is seen to be problematic for those used to handing over their bill book to a lawyer or an accountant, who then filed the returns.
Although intermediaries such as suvidha providers are already there, small businessmen seem to have more faith in government-accredited service providers at seva kendras. A recent survey by the tax department showed that businesses in Haryana had suggested that they were willing to pay a small fee to reduce the burden of filing returns. On Friday , the GST Council will take up several proposals to simplify the compliance burden, including filing of returns with invoices by sellers. In the second stage, the invoices have to be confirmed by the buyer, before the final returns are filed and taxes paid. As part of the exercise, the Centre and the states are now planning to mandate quarterly filing, instead of monthly returns, apart from allowing traders, eateries and manufacturers with annual turnover of up to Rs 1.5 crore to pay a flat tax of 1 per cent under the composition scheme.The scheme provides for exemption from filing of details such as invoices. Paying by card or an electronic wallet may fetch you a rebate in payment of GST with the government planning concessions to make the system more transparent and help reduce cash transactions.

Sources said that move is afoot to put in place a mechanism under which individuals may be allowed to pay a lower tax at restaurants and other service outlets along with a discount in tax on consumer goods and durables if they opt for digital payments.
The move comes at a time when the government is under attack for last year’s demonetisation drive, which had stated digitisation as one of the key objectives. While concessions have been provided through a cash back facility for card payments made at fuel retail outlets, the plan has not been extended to other areas despite the tax department’s repeated plea. The introduction of GST was expected to help check evasion but the results have not been encouraging as retailers and services providers such as restaurants and studios are refusing to accept cards and encouraging the use of cash. By introducing an incentive to pay by card, the government is hoping to plug leakages.
The move comes at a time when rates on several goods, especially those in the 28 per cent bracket, are also being slashed. This itself may reduce the incentive to evade taxes.