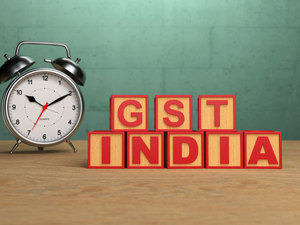 NEW DELHI: Months after its launch on July 1, the Goods and Services Tax (GST) has undergone a big overhaul. The GST Council last week reduced rates on 210 items of which 180 were in the top 28% bracket.

What brought about such a sudden overhaul and that too so soon? Well, it was neither sudden nor too soon. The rates in the top bracket of 28% were being discussed by the Centre and the states for long. What nudged the government was the surplus it earned during August. According to a report , the states had expected a shortfall of Rs 17,000 crore in July, but by August it came down to Rs 7,000 crore. Nearly Rs 8,000 crore were also collected from the compensation cess levied on automobiles, aerated drinks and tobacco.

This surplus gave the final nudge to the ministers to cut rates in the highest slab.
Despite claims by the opposition parties that they pressured the government into cutting rates, the changes were not hastily planned. According to a report, a GST Council sub-committee had delivered its recommendations a fortnight ago, and these very recommendations became the basis for the tax cuts.

A lot of people had started believing that the GST had made items of common use more expensive even though for most items there was no big difference between the total incidence of tax in the earlier regime and the new GST rate. Bringing daily-use goods down from the 28% category was planned to address this impression. Similarly, the changes that make the filing and compliance system easier came about after the government received feedback from businesses.
The tax cuts exhibit the government’s capacity to remain agile in the face of challenges. And it can further cut rates in near future.

While still more items—such as cement and paint—in the top bracket can be put in a lower bracket, the more cuts are likely to happen in the lower slabs of 12% and 5%. The GST Council can also decide to include real estate and petroleum products.

The government views GST as a system that evolves as it responds to challenges that keep coming up. This could mean at least a year of gradual changes which will ultimately transform GST into a more efficient and easier system.
The gradual cuts can ultimately lead to just two or three slabs but the pace of changes in GST will depend on the revenues the government earns from it.