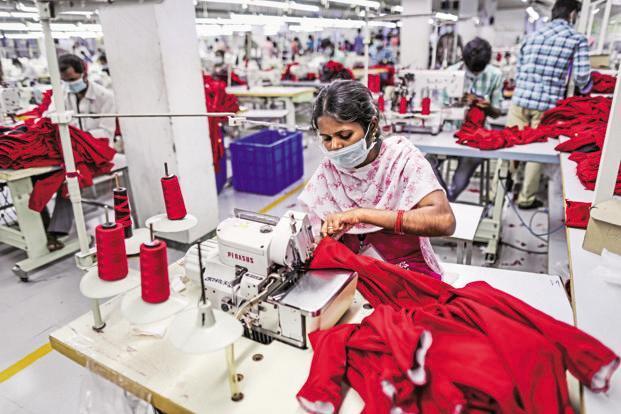 The implementation of the goods and services tax (GST) effective 1 July 2017, has understandably put micro, small and medium enterprises (MSMEs) in a spot of bother. Together with demonetisation, GST appears to have irreversibly altered the market dynamics for these units.

In the earlier tax regime, entities with a turnover of Rs1.5 crore per annum were exempt from payment of excise duty. That threshold has been lowered to Rs20 lakh for most states under GST. Furthermore, job work units, which were previously not liable to pay taxes, have been brought under the GST net, leading to a disruptive impact on industries such as textiles and gems & jewellery where job workers are an integral part of the supply chain.

The government has attempted to ease the compliance burden on small units by allowing entities with a turnover of up to Rs1.5 crore to file returns on a quarterly basis as opposed to monthly earlier.

The government has also increased the upper limit of turnover for entities opting for the composition scheme (wherein these can pay a flat rate of tax on their turnover) to Rs1 crore (from Rs75 lakh earlier), though it remains restricted to manufacturers, traders, and restaurants. Entities opting for the scheme will not be eligible to claim input tax credit (ITC) and entities with inter-state supplies are not eligible for this scheme.

Crisil Research’s interactions indicate many MSMEs are hesitant to opt for the composition scheme as they worry that large players will stop making purchases from them.

Two other provisions most likely to hurt MSMEs are the reverse charge mechanism that makes a purchaser liable to pay taxes on procurement from unregistered suppliers and the matching principle wherein ITC can be claimed only when the purchase invoice matches with the sales invoice uploaded by the supplier and GST has been paid by the supplier.

These would adversely hurt the cash flows of MSMEs, although with the payment liability for taxes under the reverse charge mechanism suspended till March 2018, MSMEs will have a little more time to make necessary adjustments.

The negative impact would, however, be partly offset by the availability of ITC on all inputs used or intended to be used for furtherance of business. This provision implies that businesses can claim ITC on GST paid on overheads such as repairs and maintenance, printing and stationary, etc, which was not allowed earlier.

Our assessment suggests cash flows of MSMEs in synthetic textiles and construction sectors would be strained in the medium term due to change in effective tax incidence and/or credit periods. In the near term, though, MSMEs would feel the pinch as large businesses have delayed payment to small suppliers in many cases as they try and manage cash flows under GST.

There is also growing concern on the ability of MSMEs to compete with larger corporates in the post-GST era. In Crisil Research’s view, the competitiveness of MSMEs would be determined by the extent of tax arbitrage, their position in the value chain, labour cost arbitrage, product offering, local market knowledge and proximity to customer. Sectors surviving largely on the basis of tax evasion, such as micro units in steel sector, plywood sector, and a section of traders, are likely to find the going tough.

GST could also, over a period, lead to structural changes in industry value chains.

For example, FMCG (fast-moving consumer goods) companies could increase reliance on direct distribution as opposed to reaching retailers through wholesalers. Higher volumes at the retailers’ end has improved the business case for direct distribution.

In textiles, given the imposition of taxes on value addition at each stage of the manufacturing process, as well as job work, organized, integrated players are likely to gain at the expense of decentralized units undertaking a single activity.

Nevertheless, once the dust settles, organized MSMEs would stand to benefit from the unified pan-India market thrown up by GST. They could also gain market share from players competing on the basis of tax avoidance. Elimination of the cascading effect of taxes and efficiency in logistics will help boost profitability in the medium term.

MSMEs across the board would be able to achieve efficiencies in procurement as ITC can be claimed irrespective of where the procurement is from. MSMEs can start looking beyond their existing markets as the tax considerations would cease to matter.

Corporates and MSMEs could, however, do with clarity on the roadmap for introduction of e-way bills, rationalization of multiple tax rates, enhancement of the scope of the composition scheme, and how and when real estate and petroleum products would be bought into the GST net. In addition, clarity on key provisions in the GST law—such as the methodology proposed to be adopted for rating entities based on their compliance—would enable MSMEs to assess the impact of GST better.