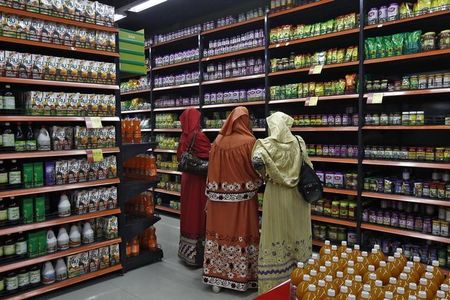 NEW DELHI: A number of goods including daily-use products like toiletries and furniture will become cheaper with the revised GST rates for over 200 items coming into effect on Wednesday.

While consumer goods companies are the primary beneficiaries of the rate revisions, small businesses across segments, restaurants and hotels also stand to benefit.

The GST Council, during its meeting last Friday in Guwahati, had recommended that GST rates on nearly 210 items, 180 of them in the top 28 per cent tax bracket, be slashed. The Council also recommended that the eligibility threshold for the composition scheme be raised to `1.5 crore from `1 crore, and manufacturers, restaurants and traders under the scheme be levied a uniform 1 per cent tax from the earlier differential tax slabs. GST on restaurants was slashed from 18 per cent and 12 per cent to a flat five per cent — but, with no input tax credit benefits.

According to analysts, the rate revision is set to be a growth enabler for a wide segment of industries with consumer goods players leading the pack. Motilal Oswal noted that the move “will benefit companies like HUL, GSK Consumer, Gillette, Nestle, Havells, Crompton Consumer, Finolex Cables, Kajaria Ceramics, Somany Ceramics, Century Ply, Bata, VIP Industries, Interglobe Aviation, and Jet Airways among others”.

As for eating out getting cheaper, some industry bodies including the South India Hotels and Restaurant Association and the Bangalore Hoteliers Association say that the removal of ITC might nullify the cut in GST rate to five per cent, since input costs would become costlier and might need to be passed on to the customer.

The tax cut will cost the exchequer an estimated `20,000 crore annually, but government officials say that the increased ease in compliance and widening of the tax base is expected to compensate the shortfall.