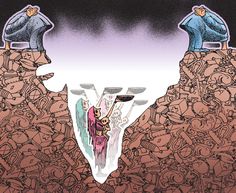 NEW DELHI: Delhi reached a milestone in Goods and Services Tax collections, registering a 23% increase in October over all taxes collected during the same month last year. More importantly, the capital crossed the ‘break even’ point for the month by moving to the positive side of the Centre’s 14% cumulative growth target, which translates to a monthly revenue of Rs 1,818 crore.
Under the GST regime, states will be compensated for the months they fail to meet the 14% cumulative growth rate target. Since July, revenue collections from GST in Delhi have seen a steady rise averaging at a 25%-30% increase compared to the same month last year, when taxes such as VAT, entertainment, advertisement and luxury were levied.
In October, GST collections crossed Rs 1,818 crore for the first time, with the trade and taxes department registering a collection of Rs 2,364 crore. It said Delhi is probably the first state to cross its GST target.
The Rs 2,364 crore collected in October includes VAT of nearly Rs 500 crore on petrol and liquor. If that is deducted, the state still collected more than the GST target.
Going by this measure, Delhi probably becomes the first state as per the claims of the trade and taxes department to move from negative to positive on the cumulative growth target. The Centre had compensated Delhi with Rs 115 crore as per the GST agreement for negative growth against target for the months of July and August. Now this will change as Delhi has set out on a positive course, say officials. “We are hopeful that in the months ahead we will see more growth,” Trade and Taxes Commissioner H Rajesh Prasad told TOI.
October’s Rs 2,364 crore collection was 23% higher than last year’s October tax collection of Rs 1,920 crore. In July, the tax collection from GST and VAT from petrol and liquor was Rs 2,228 crore which was 18.5% higher than last year’s July collection of Rs 1,880 crore for the same month. In August, it was Rs 2,315 crore which was 35.74% higher than last year’s August collection of Rs 1,705 crore. It further shot up to Rs 2,358 crore in September which was 38% higher than last year’s September collection of Rs 1,699 crore.

The increase in tax is being attributed to many factors. “Firstly, till the VAT regime was in force, Delhi did not get the benefit of the service tax collected in the capital. This has changed after GST, as Delhi now gets what use to be service tax in the form of GST levies. Better compliance due to the very format of the GST network and online platform is the second reason for a more robust tax collection as invoice filing, invoice matching and filing returns come with many checks and balances,” Prasad said.
He, however, added that since the GST rollout, the department has not doled out refunds to dealers so the final average may come down somewhat. The current database of dealers shows that total registered dealers in Delhi who migrated from VAT to GST is about 4 lakh. Post-GST, Delhi has added around 1.77 lakh new dealers. The VAT commissioner feels that there are problems in filing returns which are being worked on.