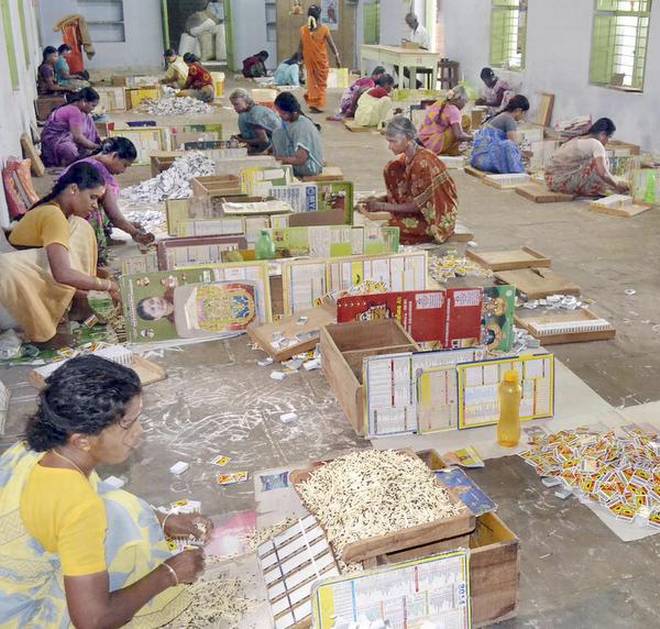 Safety match manufacturers in the Kovilpatti region feel let down over the GST Council, which met recently to iron out rough edges in the new tax regime, not revising the 18 % Goods and Service Tax (GST) on safety matches.

While GST rates on 117 items have been slashed from the highest 28 % to other slabs, exclusion of safety match industry, the mainstay of economy in Kovilpatti in Thoothukudi district and neighbouring places in the southern parts of Tamil Nadu, has affected the prospects of manufacturers and the workforce.

This at a time when the 95-year-old traditional industry is yet to recover from the twin impact of demonetisation and GST regime. J. Devadoss, secretary, South India Match Manufacturers Association, Kovilpatti, told The Hindu on Wednesday that match box industry was struggling for survival owing to negligence of State and Central governments.

When GST on 28 items were lowered a month ago, match producers anticipated a slash in tax rate, but were disappointed. When famine deaths were reported across the country in 1971, match industry, which created a platform for economic growth, saved people from starvation in Kovilpatti, Sattur, Sivakasi, Kazhugumalai and Ettayapuram. Even if the tax rate was lowered to 12 %, the government could rake in more revenue. Match boxes were the cheapest of all products and nowhere in world it was sold at one rupee a box. Moreover, it was a foreign exchange earner with an annual average of ₹ 300 crore. Hence, taking all these factors into consideration, the Centre must lower the GST to 12 %, Mr. Devadoss said.

According to M. Paramasivam, president, National Small Match Manufacturers Association, Kovilpatti, the industry, in the recent times, has registered a fall of around 35 % in production in the wake of fully mechanised manufacturing units coming up in many north Indian States.