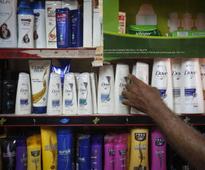 The Cabinet on Thursday approved setting up of National Anti-Profiteering Authority (NAA) under the Goods and Services Tax, a move that will ensure that businesses pass on the benefit of the recent tax rate cuts to the consumers.

“This paves the way for the immediate establishment of this apex body, which is mandated to ensure that the benefits of the reduction in GST rates on goods or services are passed on to the ultimate consumers by way of a reduction in prices,” the government said in a statement.

Last Friday, the GST Council cut rates on 178 items to 18 percent from 28 percent, slashed taxes on all standalone restaurants to 5 percent, in one of biggest changes in rules and rates since the new system kicked in from July 1. Only 50 items now attract tax rate of 28%.Raft of commonly used goods from furniture to sanitary ware, electrical fittings, detergents, marble flooring and toiletries, among others now fall at 18 percent tax slab. Alongside, taxes on six items have been cut from 18 to 5 percent, in eight items from 12 to 5 percent and from 5 to zero percent in six items.

The new rates were applicable since Wednesday, November 15.

NAA will be headed by a senior officer secretary-level official, with four technical members from the Centre and states. The framework of the body comprises a standing committee, screening committees in every state as well as the Directorate General of Safeguards.

“Affected consumers who feel the benefit of commensurate reduction in prices is not being passed on when they purchase any goods or services may apply for relief to the screening committee in the particular state,” the release said.

However, in case the incident of profiteering relates to an item of mass impact with ‘All India’ ramification, the application has to be directly sent to the standing committee.

If the standing committee is able to conclude that there is an element of profiteering, then the matter will be referred for detailed investigation to DG Safeguards, which shall report its findings to the NAA.

Further, if NAA confirms there is a necessity to apply anti-profiteering measures, it has the authority to order the accused business to reduce its prices or return the undue benefit availed by it along with interest to the recipient of the goods and services, the release said.

“If the undue benefit cannot be passed on to the recipient, it can be ordered to be deposited in the Consumer Welfare Fund. In extreme cases, the NAA can impose a penalty on the defaulting business entity and even order the cancellation of its registration under GST,” it said.