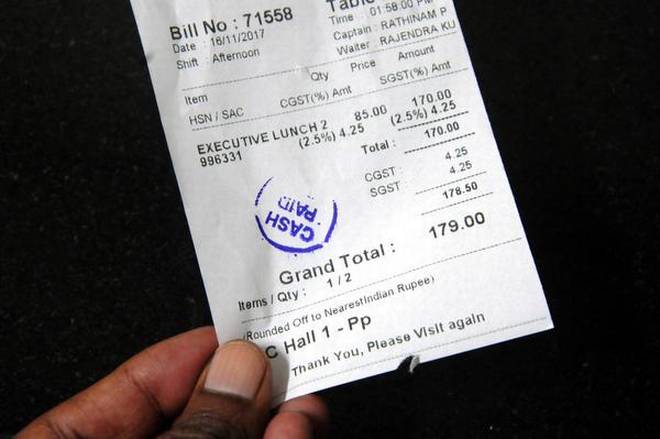 A day after the Centre notified the latest set of cuts in the rate of tax to be levied on a wide range of goods as part of the Goods and Services Tax (GST), the Union Cabinet on Thursday approved the creation of the National Anti-profiteering Authority to ensure that businesses pass on the benefits of GST to consumers.

Coming well over four months after the new indirect tax system was introduced on July 1, the decision to set up the enforcement body marks the government’s resolve to ensure that the latest tax rate reductions approved by the GST Council on more than 200 items are implemented immediately by businesses. Crucially, the authority has been granted wide-ranging powers, including to cancel the registration of offending firms in extreme cases.

“The Union Cabinet has given its approval for the creation of the posts of Chairman and Technical Members of the National Anti-profiteering Authority (NAA) under GST, following up immediately on yesterday’s sharp reduction in the GST rates of a large number of items of mass consumption,” the government said in a release.

“This paves the way for the immediate establishment of this apex body, which ismandated to ensure that the benefits of the reduction in GST rates on goods or services are passed on to the ultimate consumers by way of a reduction in prices.”

The GST Council, at its 23 meeting last Friday meeting, held that restaurants had failed to pass on the benefit of input tax credit to customers. by way of lower prices. It decided to remove restaurants’ ability to avail themselves of input tax credit while at the same time slashing the final tax rate to 5%.

The changes including removal of input tax credit immediately spurred controversy, with some restaurant chains including McDonald’s raising their pre-tax base prices while keeping the final bill charged to customers unchanged, triggering a storm of protests on social media. “The government has brought down GST from 18% to 5%, but there has been a removal of input tax credit,” McDonald’s India tweeted in reply to criticism it received for raising prices. “Due to this, our operating costs have gone up. However, keeping customer convenience in mind we have structured the changes in such a manner that total amount paid by the customer remains the same.”

“From an industry perspective there are lot of implementing challenges and operational issues as to how to pass on the benefit,” Abhishek Jain, Tax Partner at EY, wrote in a statement. “Industry would accordingly expect that detailed guidelines providing guidance… are issued at the earliest by the GST Council,” he wrote.

“The ‘anti-profiteering’ measures enshrined in the GST law provide an institutional mechanism to ensure that the full benefits of input tax credits and reduced GST rates on supply of goods or services flow to the consumers,” the government said in the release. “This institutional framework comprises the NAA, a Standing Committee, Screening Committees in every state and the Directorate General of Safeguards in the Central Board of Excise & Customs (CBEC).”

According to the rules, if the NAA confirms that there is a need to apply anti-profiteering measures, then it has the authority to order the supplier to reduce its prices or return the undue benefit availed by it along with interest to the recipient of the goods or services. If this can’t be done, then the company can be ordered to deposit the amount in the Consumer Welfare Fund.

“In extreme cases, the NAA can impose a penalty on the defaulting business entity and even order the cancellation of its registration under GST,” the release said.

“The provisions of penalty for making excessive profiteering and even cancellation of registration of such taxpayers will certainly help in achieving the objective of establishing this body,” Aditya Singhania, DGM GST, Taxmann, wrote in a note. “The measure will certainly keep a check on inflation as it will help in monitoring the prices of the products for which rate cuts have been made.”