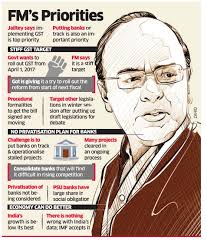 The Union Cabinet on Thursday approved the setting up of a National Anti-Profiteering Authority, a body with an overarching mandate to ensure that the reduction in tax rates under the new Goods and Services Tax (GST) regime gets passed on to consumers by way of lower prices. The anti-profiteering framework under the new indirect tax regime consists of the National Anti-Profiteering Authority at the top, a standing committee, screening committees in every state and Directorate General of Safeguards in the Central Board of Excise & Customs (CBEC).
The authority will have the power to cancel registration of any entity or business if it fails to pass on the benefit of lower taxes under the GST regime to consumers, and empowers consumers to approach it in case of any complaint.
The move comes in the backdrop of the GST Council’s announcement last week of a cut in the rates of over 200 items, as well as a cut in the GST rate for all restaurants, barring those in starred hotels, to 5 per cent.
Also Read: Businesses need not deduct GST on advances received for goods supply
The Indian Express had reported on Wednesday that as per the internal estimates, although the big restaurants were claiming about 6-7 per cent of the GST rate as input tax credit (ITC) on overheads such as rent, they were not transferring the benefits to consumers by way of lower prices. This, alongside the high tax rate on eating out, had triggered the decision by the Council to cut the GST rate on restaurants and abolish the ITC.
Consumer goods companies such as P&G and Marico have instructed their dealers to facilitate downward revision of prices for stock in trade with immediate effect, amid concerns that the government may invoke anti-profiteering provisions if they do not slash prices in line with last week’s announcement.
Also Read: Industry pitches for bringing natural gas under GST
With the Council reducing the GST rates of 178 items, mostly consumer items of daily use, from the highest tax slab of 28 per cent to 18 per cent, only 50 items now remain in the 28 per cent slab. The new GST rates came into effect from Wednesday.
“The National Anti-Profiteering Authority is an assurance to consumers of India. If any consumer feels that the benefit of tax rate cut is not being passed on, then he can complain to the authority,” Law Minister Ravi Shankar Prasad told reporters after the Cabinet meeting.
Section 171 of the CGST Act, which pertains to anti-profiteering, provides that any reduction in the rate of tax on supply of goods or services, or the benefit of input tax credit, shall be passed on to the recipient (consumer) by way of a commensurate reduction in prices. The GST Council had earlier approved setting up of a five-member National Anti-Profiteering Authority to enable consumers to file complaints in case the benefits are not transferred to them.
A five-member committee, headed by Cabinet Secretary P K Sinha and comprising Revenue Secretary Hasmukh Adhia, CBEC Chairman Vanaja Sarna and chief secretaries from two states, has been entrusted to finalise the chairman and members of the authority.
The authority will have a sunset date of two years from the date on which the chairman assumes charge. The chairman and the four members have to be less than 62 years, as per the anti-profiteering rules notified earlier.
“Affected consumers who feel the benefit of commensurate reduction in prices is not being passed on when they purchase any goods or services may apply for relief to the screening committee in the particular state. However, in case the incident of profiteering relates to an item of mass impact with ‘all-India’ ramification, the application may be directly made to the standing committee,” said a government release.
If the complaints have merit, the respective committees will refer the cases for further investigation to the Directorate General of Safeguards. The DG, Safeguards, may generally take about three months to complete the investigation and send the report to the anti-profiteering authority.
If the authority finds that a company has not passed on the benefits, it can direct the entity to pass on the benefits to consumers along with interest at the rate of 18 per cent from the date of collection of the higher amount till the date of return of such amount. If the beneficiary cannot be identified, the authority can ask the company to transfer the amount to the ‘Consumer Welfare Fund’, as provided under Section 57 of CGST Act.
According to the anti-profiteering rules, the authority can also order imposition of penalty if the registered GST assessee has not passed on the benefit to the recipient.
Meanwhile, tax experts and industry have expressed concern about the methodology to be followed by the investigating authority to determine the quantum of the “commensurate” reduction.
Abhishek Jain, Tax Partner, EY, said, “In line with the said objective, the Cabinet has approved creation of the National Anti-Profiteering Authority. However, from an industry perspective, there are lot of implementation challenges and operational issues as to how to pass on the benefit, and the industry would accordingly expect that detailed guidelines providing guidance on the same are issued at the earliest by the GST Council.”