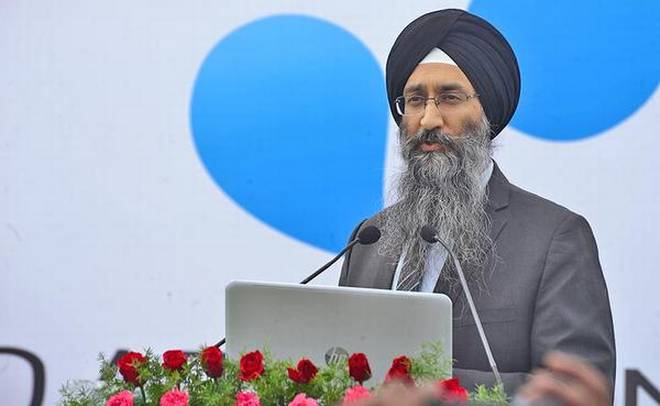 The ‘very low-cost’ tablet segment, a component of the government’s flagship ‘Digital India’ programme, has been hit by demonetisation and the Goods and Services Tax (GST), said Suneet Singh Tuli, CEO, Datawind. These two initiatives had adversely impacted the low-income and economically-weaker groups, according to Mr. Tuli, whose firm is a player in the ‘most affordable’ tablet market in India.

Also hurting ‘Digital India’ is the inability of foreign-owned companies like Datawind to unveil ‘very low cost’ data plans because they have not been granted licences under the Virtual Network Operator (VNO) policy, Mr. Tuli told The Hindu. Datawind is a provider of low-cost Internet connectivity and wireless web access products.

“The customer segment demonetisation impacted was mostly our customers, whose monthly income is around ₹10,000-15,000, the traditional ‘aam aadmi’ customer who didn’t have bank accounts, credit cards or debit cards. When their cash became worthless, for many months they didn’t have the ability to buy,” Mr. Tuli said.

He said, “Unfortunately, the way the GST has been implemented on tablets…, it created a significant impact.” Previously, phones and tablets attracted the same sales tax. “Now GST for phones is 12%, but for tablets [it] is 18%. That has a negative impact on the tablet market.”

Prior to the GST, though there was a 5% sales tax, many states had offered sales tax waivers in return for the company manufacturing in their territory, he said. “We were manufacturing in Hyderabad and Telangana said it will give us a waiver if we manufacture there.” Now, “there are no waivers for Make in India in the GST regime. So that 5%, which effectively was zero, has now gone to 18%,” he said.

People buying “the ₹2,500-3000 device that we sell,” are those who spend one week of their income for their child’s education, “which is a very big investment from their perspective, Mr. Tuli said. “He or she doesn’t have the ability to spend 18% more.” This, in turn, hurt the manufacture of low-end tablets, leading to job losses in the segment, he said. “This negatively impacts Digital India.”

“We are hoping the government will… bring down (the GST rate) at least for the low-cost devices,” he said.

On the VNO policy, he said, “We hoped that with the policy, we would launch ‘very low-cost’ data plans of ₹100-200 per year, because the person who can spend only ₹70-80 per month on his mobile phone, can spend just ₹15-20 a month on data.” Mr. Tuli said, “Unfortunately, though it has been a year-and-a-half since the VNO policy was announced, the government still has not given VNO licences to foreign-owned companies.”

Datawind’s had allocated ₹100 crore for the launch of its data plan. “However, until the government awards those licences, those investments cannot be made.”