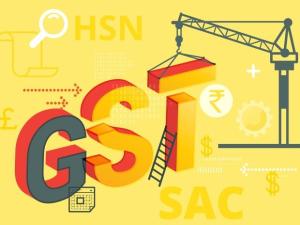 NEW DELHI: The government has nudged consumer goods companies to cut prices and pass on the benefits of the recent Goods and Services Tax (GST) rate cut to customers.
The Central Board of Excise and Customs (CBEC) on Monday asked the companies to immediately lower prices of shampoos, detergents, deodorants and other products on which GST was slashed from 28 per cent to 18 per cent.
While several companies have already lowered prices, there are others who are yet to pass on the gains. As a result, CBEC chairperson Vanaja N Sarna has written to major fast-moving consumer goods (FMCG) companies, pointing to the need of immediately revising the maximum retail price, the finance ministry said in a statement.
Finance and Revenue Secretary Hasmukh Adhia had earlier said that the FMCG firms and big corporates will have to ensure that retailers pass on the benefit of GST rate cut to consumers and sell their products only after lowering the MRP (maximum retail price).
Apart from the consumer products and other daily-use items, the government is also looking to reduce GST on consumer durables like washing machines and refrigerators from the current level of 28 per cent as part of the next round of rationalisation.
A senior government official, who did not wish to be quoted, said that the move is expected to help push demand in the sector, it will be aimed at women and will reduce their daily workload by making such white goods cheaper, the official said.
What to expect:
As reported by TOI last week, the government expects the consumer goods industry to reduce prices by 8-9 per cent. The Cabinet has also approved the establishment of the anti-profiteering agency that will deal with errant companies that refuse to pass on benefits of lower taxes.
Effect on electronic products:
Electrical goods and consumer durables may see GST rate cut as they are no longer seen as luxury goods. Products like air conditioners, washing machines, refrigerators, washing machines, dishwashers and vacuum cleaner may witness a rate cut.
Wet grinders, printers and portable electric lamps are already facing lower levy.
Last week, the GST council had reduced tax rates on over 200 items with leaving just 50 goods in the highest bracket (28 per cent).