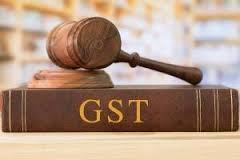 Leader of the Opposition in the Rajya Sabha Ghulam Nabi Azad and Congress leader in the Lok Sabha Mallikarjun Kharge on Tuesday accused the government of trying to delay the winter session of Pariament to evade questions regarding corruption and the Goods and Services Tax (GST) implementation.

Mr. Azad said the reason for the delay was that the government did not want to debate on the exponential rise in the turnover of BJP president Amit Shah’s son’s company, the allegations of corruption around the Rafale deal and the faulty implementation of the GST.

He charged the government with being in perpetual election mode, with the Prime Minister extensively campaigning in each State poll spending thousands of crores of public money.

Senior Congress leader Anand Sharma contested Finance Minister Arun Jaitley’s statement that the sessions of Parliament had been deferred for elections even earlier, saying this had never happened in the 21st century.

“He [Finance Minister] is factually wrong and we reject what he has said, that in 2011 a similar situation was there. We have gone through the record, which is with us, that at least in this century it has not happened. In 2011, to correct the Finance Minister, the date of summoning of Parliament — both the Houses — by the President of India, was on 3 November, 2011. The session formally convened on 22nd November, 2011, and concluded on 30 December, 2011,” Mr. Sharma said.