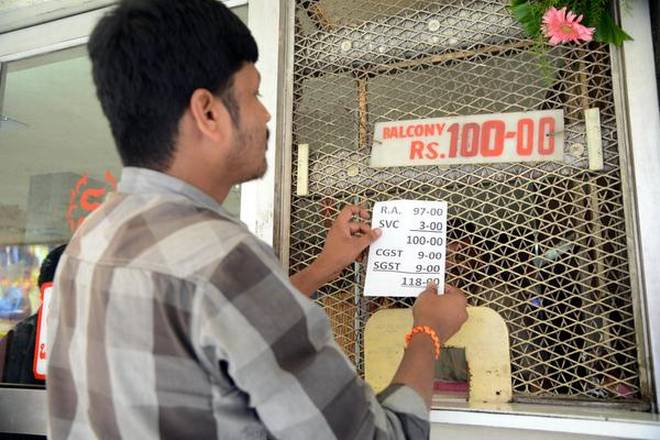 The Kannada film industry has estimated a loss of over ₹200 crore in the nearly five months of the Goods and Services Tax (GST) regime. Also, the Commercial Tax Department, based on the data generated so far, believes that tax collection from the entertainment segment has fallen by 30%.

“We are expecting a dip in film production. The number of releases would have crossed the 200 mark by the end of this year had GST not been implemented,” says Umesh Banakar, vice-president, Karnataka Film Chamber of Commerce (KFCC).

Regional films in Karnataka, which enjoyed Entertainment Tax exemption, now have to compete with other films because of GST. The government, which promised to compensate the Kannada film industry, has failed to do so thus far.

Incidentally, the eight-decade-old Kannada film industry set a record of sorts in 2016 with the release of 180 films, and shrugged off its tag of being a small industry compared to the Tamil and Telugu film industries.

“As of now, over 160 Kannada films have been released and there is a possibility of reaching the 190 mark this year. Had it not been for GST and demonetisation, another 50 films would have been made and released, and the turnover would have crossed the ₹500 crore mark,” claims Mr. Banakar.

Most producers, exhibitors and distributors feel that the Kannada film industry received a blow with the Centre rolling out GST, soon after demonetisation, which had also affected the industry. Producers are not in position to get refund of input tax paid under GST.

“If a producer makes a film with ₹2 crore, he has to pay input tax. However, because of the problem in the tax system, credit of input tax could not be availed against output tax,” says P.H. Basha, a producer, distributor, exhibitor and financier of Kannada films.

“There is hardly any money flowing into the Kannada film industry now. Production has increased because new producers are coming up with projects, keeping the film industry afloat. Even these producers may back out, due to high taxation and fearing losses,” said Thomas D’Souza, exhibitor and former president of KFCC.

An official in the Department of Commercial Taxes said, “Revenue generated from entertainment tax is dipping. Data collected so far points to a fall of 30%. Both multiplexes and single screens have been affected.”

Sources said that while the collection of Entertainment Tax for April, May and June was ₹35 crore, the collection dipped to ₹26 crore for July, August and September.

“We could not get accurate quantum of Entertainment Tax tax collection because of technical problems,” said a tax official.

The Kannada film industry is upset with the State government for failing to keep its promise of coming to the rescue of Kannada films, which were exempted from Entertainment Tax prior to the GST regime. Regional films in Karnataka were enjoying exemption for the past two decades.

A KFCC delegation met the Chief Minister Siddaramaiah to help the Kannada film industry as promised. “However, expressing his helplessness, the Chief Minister asked the delegation to meet Finance Minister Arun Jaitley and get exemption of 8% CGST, which would help him to exempt the remaining 8% of SGST,” said Mr. Umesh Banakar, vice-president, KFCC.

He explained that the Kannada film industry is not prepared to compete with films in other languages.

Sources in the Department of Information and Public Relations said that the proposal in this regard is with the Finance Department.

* At one point, was 110% on all films exhibited in Karnataka

* To promote Kannada films, successive governments brought rate down to 30%

* In the mid 90s, Kannada, Tulu, Kodava, Konkani and Lambani films were exempted from this tax

* Generated revenue of ₹243 crore in the last financial year

* Six States have exempted films in local languages from tax

* No entertainment tax in 10 States