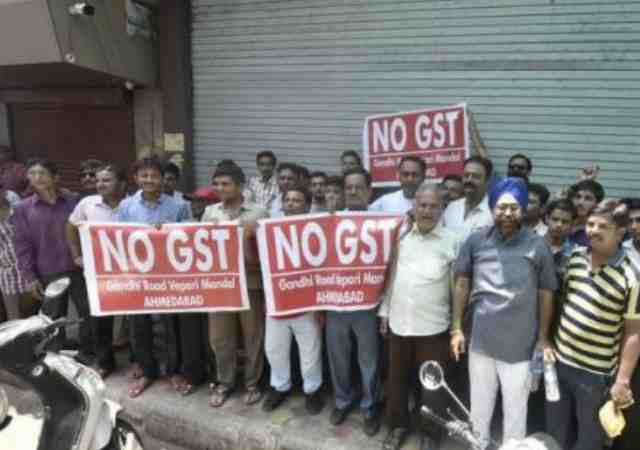 Surat: With just a few days left for assembly polls to commence in Gujarat, the BJP faces a massive economic challenge, as businessmen in the state continue to blame GST for the loss of business.
The massive disenchantment among businessmen and traders in Gujarat is a wakeup call of sorts for the ruling party, as a considerable vote share belongs to the traders in India’s most industrially-developed state.

He said: “Our business has reduced by 50% after implementation of GST, it has affected the business.”
Read: Gujarat Assembly elections: Setback for Congress, NCP to contest polls solo
Another businessman reiterated the same point, explaining that post-GST market conditions have slowed down business. “
“GST has affected our business, things have slowed down and cash inflow is low. We are ready to accept GST but the government should also help us,” he said.
This is not the first time that questions have been raised by local businessmen in the state with regards to GST. In the past, several protests have been observed in the state against GST.
While the Centre is doling out constant benefits under its GST regime, it must be noted that it has not been able to satisfy the demands of local traders and businessmen in Gujarat.
With elections on December 9 and 14, the ruling party has its work cut out in termsof eliminating this disenchantment.