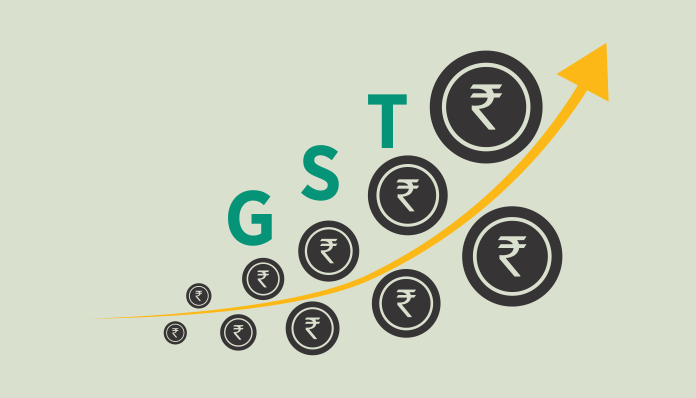 Tax policy in the real world is almost always a matter of politics than economics or administration, and nothing proves that more emphatically than the fledgling Good and Services Tax (GST) regime. It was political imperative that drove the government’s decision to set the launch date on 1 July, 2017, even though many experts felt the system itself was not ready, both in terms of administrative capacity and conceptual clarity about rates and exemptions.

The GST was at the centre of a very public political debate and battle between states and the central government, besides the political opposition in Parliament. For many small and medium-scale businesses, especially services and trading firms, the GST imposes a new, unwanted, additional compliance burden. They are a significant BJP constituency and the political implications – ahead of an election in Gujarat – are significant.

Reviewing the latest release on GST collections, four things stand out: 1) the collections have been declining – slowly, but not yet alarmingly; 2) of the estimated 6.8 million potential assesses – in other words, those who should be complying with the GST law – just over 5 million have thus far filed returns; 3) the GST Council continues to meet and change tax rates and exemptions for different industries, and 4) we are unable to draw any conclusions from the data thus far, which could be a problem. Let’s examine each one.

That collections in at the first few months are likely to go up and down isn’t surprising; businesses and proprietors are still learning to deal with the administrative kinks, filing processes and changes in rates and rules. True, there are and should be adjustments made in near-real time when we institute a new tax system. But the numbers don’t add up to any sensible conclusions that can help us know if we are headed in the right direction.

Second, people are not taking to voluntary compliance as quickly as the government hoped. Some of that may be because certain types of businesses can now file quarterly rather than monthly returns. But since the government has stopped matching the transactions on one side (as identified in the returns) with the other side, leakage is almost inevitable. This is an administrative problem, and needs to be addressed very quickly.

Third, changing tax rates and creating new exemptions also slows the process of estimating the exact tax liabilities, and by extension, what prospective collection estimates should be. At some point the GST Council is going to have to take a stand and stop making changes in the rules as frequently as it does. Exceptions and exemptions cannot be the rule.

Fourth, there are many missing data points and lots of confusion. Of the total collected nearly a third – roughly Rs 1,15,000 crore collected as Integrated GST (taxes collected for transactions across state borders) has yet to be allocated; which brings us to a problem that is staring us in the face, but with no clear direction of which way things will go. It also presents a big political conundrum.

Clearly, this is important for the government’s financial planning; how much of the Rs 3,60,000 crores it has collected will it actually be able to retain to meet its spending needs? Chances are that in the next two months – till January 2018 at least, collections are going to decline further, as input tax credit claims flood the system, and lower net tax collections.

But most worrisome is the fog surrounding the fiscal deficit. Usually, at this time in the financial year, economists and policy analysts have a good sense of the so-called run rate of the fiscal deficit; many of them are able to make reasonable forecasts of fiscal slippage, if any. The current lack of granular data – other than overall collection figures, which are also subject to revision – raises serious concerns about the government’s actual fiscal position.

Finance minister Arun Jaitley has committed his government to meet that target; that said, if tax collections do not meet expectations (most states estimated that collections would grow by about 14 percent), then curtailing expenditure becomes the only way out. What happens to public investment, that has been the principal growth driver thus far?

Even if Jaitley wanted to allow a small fiscal slippage, he can’t: When Moody’s raised India’s credit rating, an event that the BJP celebrated rather noisily, the credit rating agency also tied his hands. The government cannot dare to allow any slippage on the fiscal deficit target, even if that means sacrificing economic growth. And that is as politically unpalatable, with national elections due in another 17 months.

Here’s another reason GST data is as much about politics as economic growth. For consumers, the GST is a sales tax, no matter what they call it, and a very visibly high one, at 18 per cent on average. Before the GST made its appearance, all indirect taxes were taxes on business, and despite the cascading effects, they remained invisible to ordinary people.

As always, other country examples are illuminating. Canada introduced the GST in 1991. The Conservative party – then in power – paid a heavy price in the 1993 election, the first after the GST was introduced. In what was probably the most dramatic electoral collapse of a political party in a stable democratic country, the Conservatives were virtually eliminated from Parliament, falling from a majority of 169 seats to just two elected members.

The Liberal party that won the elections had campaigned intensely against the GST, but went out and implemented it anyway, by changing its name. There are few better examples of the triumph of politics.