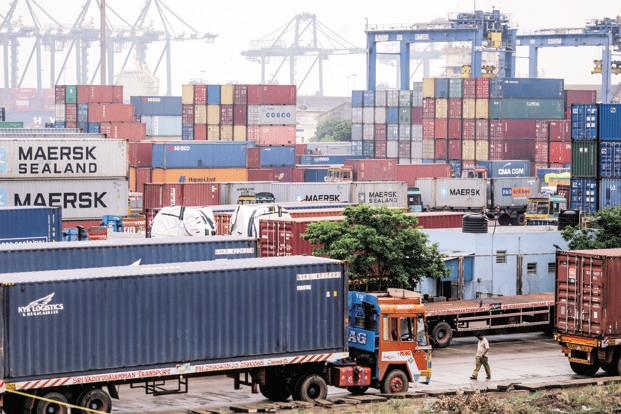 New Delhi: Lawmakers have pitched for fresh concessions to labour-intensive exporting sectors such as textiles, leather, gems and jewellery to mitigate the compliance burden incurred in transitioning to the goods and services tax (GST) regime that was rolled out on 1 July.

Accordingly, a parliamentary panel has asked the finance ministry to allow exporters to use the old system of refunds through the so-called duty drawback scheme.

The parliamentary standing committee on commerce sought the intervention, claiming that the GST compliance burden was causing job losses in labour-intensive export sectors.

Under the duty drawback scheme in the pre-GST era, exporters could claim rebates on taxes such as service tax and excise duty. After GST was introduced, the government pared the duty drawback rates as exporters were supposed to claim refunds after paying taxes.

A member of the standing committee, which is currently studying the impact of the GST on the country’s exports, said on condition of anonymity, “Around 80% of the exporters in the labour-intensive industries are small exporters. They don’t want to get into the process of first paying duties and then seeking GST refunds. We are going to recommend to the government to just provide a realistic duty drawback to such exporters to take care of the embedded taxes they have to pay under the GST regime.”

To be sure, any decision to amend the rules will have to be cleared by the GST Council—the apex federal body made up of state finance ministers and headed by Union finance minister Arun Jaitley.

“The finance ministry officials have assured us that they will take up the issue with the GST Council,” said the member of the committee cited above.

The report is to be presented to Parliament during the winter session beginning 15 December.

“The government is not in a position to say the proposal is under consideration as technically it will be very difficult to have the duty drawback scheme in the GST regime,” a finance ministry official said on condition of anonymity.

“It should not be a political gimmick. Let the government come up with a solution that is economically right,” said Communist Party of India (Marxist) general secretary Sitaram Yechury.

Rajeev Gowda, a member of Parliament belonging to the Congress, said: “We need to protect small entrepreneurs and workers—the most vulnerable sections of the export sector.”

India’s merchandise exports declined for the first time in 14 months in October as exporters struggled with a liquidity crunch because of delayed refunds under the GST regime. Shipments of ready-made garments declined by 39.2% and gems and jewellery by 24.5%.

Ashok Rajani, chairman of the Apparel Export Promotion Council, under the textile ministry, said, “The sector employs 11 million workers. After GST was implemented, factories are closing down and our capacity utilization has come down to 65-70%. If the situation continues, 10-12% job loss could happen in the sector.”