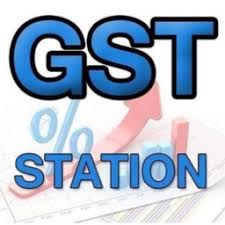 Apprehensions over the impact of the Goods and Services Tax regime on the State’s economy notwithstanding, the State government is confident that the economy is set to register sizeable growth by the end of the current financial year. The confidence stems from the fact that the revenue after the introduction of GST remained “more or less equal to the estimates”. “Growth rate could come down marginally, but growth is certain,” a senior Finance Department official said asserting that the department was “not too worried” about the issue.

According to officials, the total revenue through VAT till December 2016-17 was ₹24,977 crore before the introduction of the GST regime. Though the revenue on account of VAT dropped to ₹19,404 crore during the same period this financial year, the gap was more than made up by adjusted excise duty (₹2,828.95 crore), SGST (₹3,969.93 crore) and IGST (₹3,438.88 crore) in addition to compensation of ₹169 crore. As a result, the total tax collection without excise till December was to the tune of ₹26,982.35 crore registering growth of 8%. . The cumulative growth before the onset of the GST regime was 21 % while it fell marginally to 18 % post GST. “Revenue remained around ₹3,000 cr. every month in line with the expectations,” the official said.