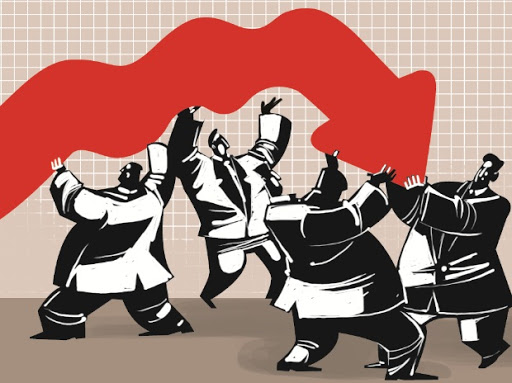 Karnataka’s farm sector is still reeling under the impact of demonetisation and GST, according to a price forecast study by the Karnataka Agriculture Prices Commission (KAPC). Prices of agricultural produce may dip further in the coming days, it predicts.

The ‘Perspective Report- December 2017’, submitted by the KAPC to the State government, says the prices of most of the crops are likely to continue to rule below the level of the Minimum Support Price (MSP) prescribed by the Centre. The KAPC has recommended that the government conduct a detailed analysis of the impact of demonetisation and GST, besides commencing procurement of various crops to bail out farmers.

KAPC Chairman T.N. Prakash Kammaradi told The Hindu there was an unusual trend seen in the markets. There was increase in arrivals of various produce to the market during non-season, that too when there was dip in cultivation area and actual production of these crops.

The study by the commission shows tht as against the trend of arrivals only after November, there was substantial quantum of arrivals of several crops including areca, copra, and raisin to the market much earlier in 2017. In fact, compared with 2016 — pre-demonetisation — 2017 saw 24% increase in arrival of cereals, 25% in pulses, 26% in fruit crops and 7% in spices. The average increase in arrivals to the major markets in 2017 when compared with 2016 was about 21%, the report says.

This was “no good news to farmers” as the prices of crops crashed, the report says, pointing out that prices of pulses dipped by 30%, while the average drop in prices of all agricultural prices stood at 13%.

But what went against logic is that while there was increase in arrivals of these crops to major markets, their cultivation area and production levels had shown a declining trend both at the State and national level, the report says.

State to press for keeping FPOs out of GST

Karnataka, which has begun the process of forming Farmers Producers’ Organisations, to ensure remunerative prices for agricultural produce by branding them, is now concerned over such branded produce attracting GST.

Mr. Kammaradi told The Hindu that the commission would take up the issue before the GST Council through the State government. “Branding for farmers’ produce is a must as the experiment of farm cooperative brands like Amul have shown its positive impact on farmers’ livelihood. We will press for keeping farmers’ brands out of GST,” he said.

Referring to the GST regime increasing tax rates for various farm machinery, he said the commission would conduct a study and then take up the issue with the State government, with suitable recommendations regarding the modifications to be sought from the GST Council.