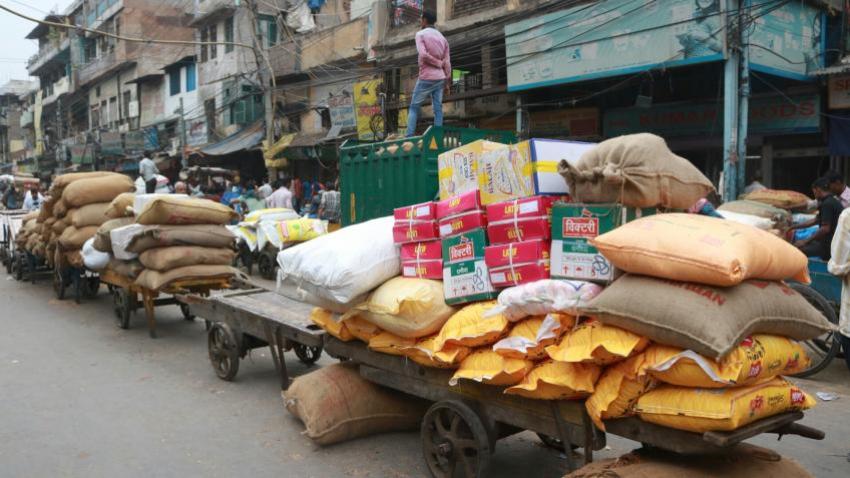 India’s industrial production data has surprised analysts and economists, as it clocked a whopping 8.4% growth in November, indicating that factory output might be reviving from the government’s Goods and Services Tax (GST) and Demonetisation impact.

According to trading.economics, the current IIP numbers easily surpassed market expectations of 4.4%, as it was the steepest increase in industrial production since June 2016.
Growth was led by manufacturing sector, which jumped to 10.2%, compared to meagre growth in mining at 1.1% and electricity at 3.9% in November month.

Out of 23 industry groups in manufacturing sector, 15 have shown positive growth in November, as compared to the corresponding month of the previous year.

Under manufacturing, groups like pharmaceuticals, medical chemical, botanical products showed highest growth of 39.5%, followed by groups of computer, electronic and optical products at 29.1% and group of other transport equipment which came in at 22.6%.

Aditi Nayar, Principal Economist at ICRA, said, “The extent of the uptick in IIP growth in November 2017 was far sharper than our expectation (5.7%), reflecting a favourable base effect as well as inventory rebuilding after the festive season, raising some concerns regarding its sustainability beyond Q3 FY2018.”

Kapil Gupta, Prateek Parekh and Akshay Gattani, analysts at Edelweiss Financial Services, point out that this rebound in IIP reflects the strength seen in exports, points to the sharp payback from GST-related disruptions and some recovery from the lingering impact of DeMon.

The trio at Edelweiss further said that November 2017 IIP stood at near its 5-year high. The sharp rebound and surprise in IIP was mainly led by the surge in manufacturing which grew by 10% – first double digit print of the new series (inception: April 2013).

While exports and industries were trying to recover from Demonetisation drive from November 2016, which hampered their growth for many quarters due to cash shortage.

They soon have to adapt the new tax regime GST – this one impacted their old stocks which were heavy in numbers and therefore further seeing weak growth in earnings.

Dhananjay Sinha and Kruti Shah, analysts at Emkay, believe that consumer durables might start witnessing a turnaround in growth based on: a) increase in government spending in rural areas; b) pick-up in retail credit to 17.3%; and c) lower base due to demonetization last year.

Nayar added, “The continued divergence between the growth of consumer durables and non durables clouds an assessment of the strength of the pickup in end-user demand.”

Not only this, many sectors have performed well in first half of FY18, further suggesting that the impact of GST and Demonetisation might be fading away.

As per State Bank of India’s (SBI) report, sectors such as non-ferrous metals, automobiles, consumer durable, fertilizer, etc., reported all around growth in first half of FY18 as against a year ago the same period.

Air transport service sector is firing on all cylinders with both top line and bottom line grew at 17% and 15% respectively during 1HFY18 as compared to 1HFY17.

All the six sub-sectors in IIP recorded an improving trend on a sequential basis is encouraging.

Uptick in the growth of infrastructure/construction goods to a 56-month high benefitted from the double-digit expansion in steel and cement output.

With such performance, analysts are very optimistic on IIP data in coming quarters.

Dr Soumya Kanti Ghosh, Group Chief Economic Adviser at SBI, said, “We expect a better Q3FY18 with 12-15% increase in revenues on YoY basis. While bottom line is expected to see around 14-15% growth on YoY basis, the growth is likely to be driven by sectors such as Automobiles, Metals, Air Transport Service, Consumer Staples etc.”

Similarly, Edelweiss expects IIP readings to remain strong over next few months helped by continued payback from disruptions/low base effect.

Nayar said, “Manufacturing growth is expected to remain robust in December 2017, benefiting from a favourable base effect, as well as the robust expansion displayed by sectors such as automobiles.”

ICRA and Edelweiss, however, warned on the subdued performance of electricity generation and labour-intensive components (textiles, wearing apparel, leather, etc).

“The trend in labour-intensive sectors, government spending (given mounting fiscal challenges) and exports will be important to monitor,” Edelweiss added.