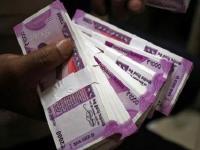 Mumbai: Hindustan Unilever(HUL), which reported a 28% increase in December quarter net profit to Rs 1,326 crore on the back of a recovery in consumer demand, has offered to return GST reduction benefit of Rs 119 crore — which it could not pass on to consumers due to paucity of time and pipeline issues — to the government.
Effective November 15, 2017, GST rates were reduced for some of HUL’s FMCGcategories from 28% to 18%. While the implementation of this change was initiated immediately, the company said due to paucity of time it was not possible for it to pass on the entire benefit of this rate reduction on some of the pipeline stocks during the transition. “An estimated value of Rs 119 crore was proactively disclosed to the CBEC (Central Board of Excise and Customs) on this count and we have offered to pay this amount suo motu to the government. This amount is not recognised as revenue and is accounted as a liability as on December 31, 2017,” the company said.

At the results media conference, Sanjiv Mehta, MD & CEO, HUL, said, “This amount is not in our profit and loss, so we have kept it as a provision in our balance sheet. We firmly believe as a responsible company it is our duty to be transparent and what belongs to the consumer should go to the consumers. As soon as we hear from the authorities, we will pass it on.”

HUL CFO Srinivas Phatak said, “CBEC has commended the approach taken by HUL. But there are no legal provisions or rules that allow them to take this money and, therefore, they have referred this matter to the Directorate General of Safeguards(DGS). We are awaiting their guidance to take this forward.” Phatak said after reduction in GST rates, the company had reduced product prices and increased grammage in more than 800 of its stock keeping units. At present, nearly 95% of its products in the market come with the new pricing (based on new GST rates). On the notice it received from the DGS, HUL said it is yet to fully ascertain the details.

During the December quarter, while HUL’s net profit rose 28% to Rs 1,326 crore (as compared to Rs 1,038 crore in the corresponding quarter last year), the reported net sales grew by 2%. The company said comparable domestic consumer sales grew by 17%, on an underlying volume growth of 11%. This growth, however, needs to be viewed against the backdrop of a comparable weak corresponding quarter of last year which was impacted by demonetisation and had resulted in a 4% dip in HUL’s volumes.

“Trade conditions are normalising. There is a gradual improvement in demand across categories. However, with the steady increase in crude oil prices, inflationary pressures are building up,” said Phatak.

While homecare grew at 20% on the back of double-digit volume growth, personal care reported a broad-based growth across personal products and personal wash. Foods growth was led by Kissan, while refreshment segment sustained its performance with tea delivering a double-digit growth.