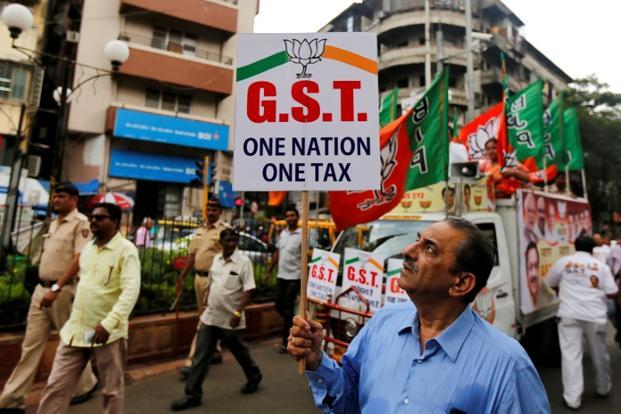 Bengaluru: India’s economy won’t significantly benefit from a goods and services tax until after next fiscal year, according to a slim majority of economists polled by Reuters, but almost half said rewards might come sooner.

Economic growth is probably at its weakest pace this fiscal year since before a new calculation methodology was introduced in 2014-15, the 10-18 January poll of about 30 economists found.

Disruptions from the goods and services tax (GST) and a ban on high currency notes in November 2016 curtailed growth and manufacturing, services and consumer spending. Consequently, 15 of 28 economists said benefits from the tax wouldn’t be felt until at least the fiscal year starting April 2019.

But signs of a recovery in activity are appearing, and 13 of the 28 said benefits may show up next year.

The poll also forecast the economy would grow 6.6% this fiscal year and 7.3% next year.

“Disruptions from the GST and demonetization are expected to start receding from Q2018 (April-June quarter) and a pick-up in consumption, investment and growth shall commence,” said K.K. Mital, investment advisor at Venus India.

The latest consensus was lower than the forecast three months ago.

An early realisation of the benefits would bring some relief to the Reserve Bank of India (RBI), which will need to deal with higher inflation over the coming years, the poll showed.

After averaging 3.7% this fiscal year, consumer price inflation is now expected to exceed the RBI’s medium-term target of 4% each quarter through mid-2019, the end of the forecast horizon. It is expected to average 4.6% next year.

Even so, the RBI is forecast to leave interest rates unchanged until at least the middle of next year. At its last meeting in December, the central bank said inflation risks were “evenly balanced”.

However, high growth and inflation numbers might prompt a change in the RBI’s neutral policy stance. The consensus forecast among 24 economists was that an inflation level of 5.5 percent would prompt the central bank to consider raising rates.

“As long as various gauges of underlying inflation track sub-5 percent, the RBI should stay pat,” said Abhishek Upadhyay, economist at ICICI Securities PD. “A worsening of other macro stability indicators on account of higher crude prices can make the RBI cautious.” Reuters