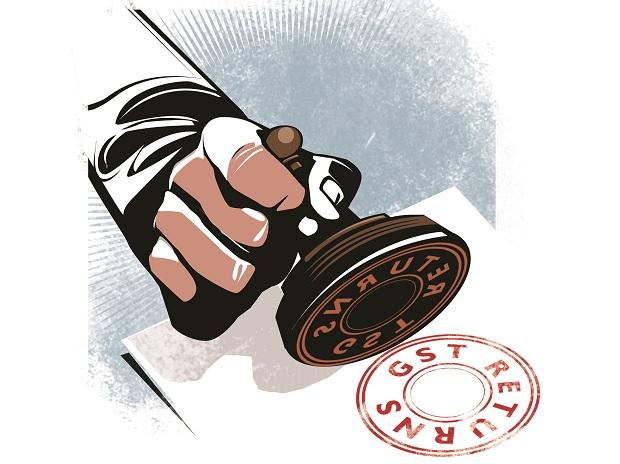 The shortfall in states’ revenue collection last month under the goods and services tax (GST) was higher than the compensation revenue collected by way of cess, a worrisome trend that was discussed by the GST Council on Thursday.The cess collected in December was Rs 78.5 billion, as against the shortfall of Rs 88.9 billion, “a grim situation,” said a senior official. “Hopefully, using the excess Integrated GST money will help.”The Council has levied additional cess on a handful of luxury and ‘demerit’ items in the highest, 28 per cent, GST slab. The base year for calculating the revenue of a state would be 2015-16 and a secular annual growth rate of 14 per cent would be taken for calculating the likely revenue of each state in the first five years of GST implementation. This insulation had given states the confidence of subsuming state-level taxes in GST.GST collections started falling from October and touched a low of Rs 800 billion in November. This has prompted the Council to decide on distributing the Integrated GST (IGST) of Rs 350 billion equally between Centre and states.“Beside a state or two, most are seeking compensation. Punjab has asked the chief economic adviser if he could do a study over how we can come out of this situation.

Compensation is the last thing Punjab wants,” said Manpreet Singh Badal, finance minister of Punjab.His government says Punjab has suffered a 40 per cent drop in revenue after GST and has demanded the Centre release the share of central taxes to states on a monthly basis, not quarterly, in 2018-19.

The average revenue shortfall for states in December stood at 20.7 per cent and in November at 20.9 per cent, the two recent months when the Narendra Modi government brought in several measures such as tweaking of tax rates, more incentives, relief to small and medium enterprises and improving the information technology system to help traders file returns more smoothly. In comparison, the revenue shortfall in October was 17.5 per cent, lower than the 28.3 per cent in August, first month after the government brought in the GST regime. The shortfall is calculated on the basis of 14 per cent growth on the base year of 2015-16.“I won’t be unduly concerned about dip in revenue collection and shortfall in compensation cess. Once the impact of opening credit and transition is factored in, revenue collection is likely to go up. January to March should be better and would perhaps give a more realistic picture. Also, there is buoyancy in income tax collection, which can partly be attributed to GST,” said Pratik Jain, partner at consultancy PwC India.