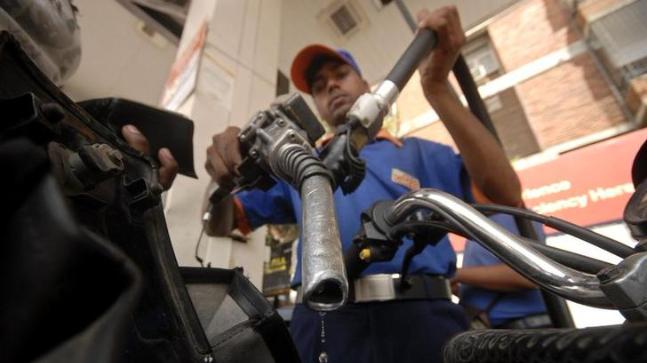 here seems to be no respite in prices of petrol and diesel as international crude prices are on an upswing. In Mumbai, price of a litre of petrol today stood at Rs 80.10 while diesel cost Rs 67.10.

In Delhi, petrol prices today stood at Rs 72.23 per litre. With petrol and diesel prices going north, the Narendra Modi government is considering bringing fuel under the ambit of the Goods and Services Tax (GST).

Union Minister for Petroleum and Natural Gas Dharmendra Pradhan yesterday said that the government is “trying that petrol, diesel and kerosene should also come under the ambit of GST”. The Union minister said that he is hopeful that the “GST Council will agree to it shortly”.

Dharmendra Pradhan said the steep rise in petrol prices in the international market has pushed the fuel prices in India as well. States too levy cess on petrol, he said.

Once brought under GST, prices of petrol and diesel are likely to stabilise and may remain within the Rs 50-mark.

GST on petrol and diesel means doing away with the excise duty imposed by the Centre and the VAT (Value Added Tax) levied by the states. Under the Goods and Services Tax, the maximum tax imposed on petrol and diesel will be capped at 28 per cent. The government, however, may choose to levy an additional cess on diesel and petrol.

Finance Minister Arun Jaitley recently said that the Central government favours bringing petrol products under the GST umbrella but is looking for consensus with state governments to do the same.

At the recently held GST Council meet before the Union Budget, the issue of bringing petrol and diesel under GST net was not discussed but Finance Minister Arun Jaitley said that it would be taken up at the next meeting.