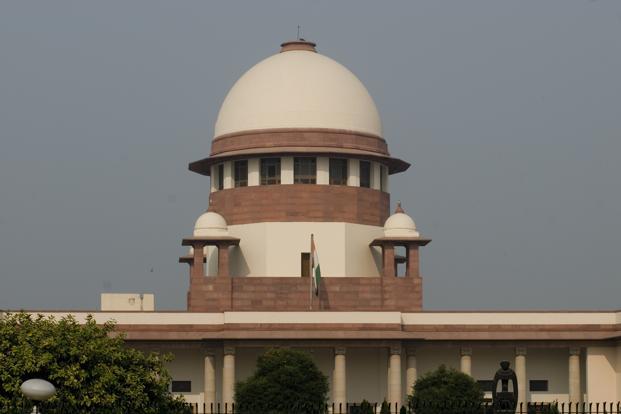 New Delhi: The Supreme Court on Monday stayed proceedings in all high courts, challenging the constitutional validity of imposition of 12% goods and services tax (GST) on sanitary napkins.

The matter was brought before a bench headed by chief justice Dipak Misra who said that the matter would now be heard by the apex court and issued notice to petitioners in high courts.

The court was hearing a plea by the Centre seeking to be heard by the apex court on the issue. It sought a stay on proceedings pending in various high courts across the country challenging GST on sanitary napkins so that the apex court could take over the matter.

Clarifying on the tax incidence on sanitary napkins under GST, it was set at 12%, a shade lower than 13.7% in the previous indirect tax regime. The rate has been challenged across various high courts for being “arbitrary and discriminatory”.

A petition brought by a student in the Delhi high court recognized that sanitary napkins were not a luxury but a basic necessity for women and stated as “shocking” its clubbing with other items such as toys, leather goods, roasted coffee, mobile phones and processed food.

Arguing about the arbitrariness of the imposition of 12% GST on sanitary napkins, the petitioner had emphasized that goods such as “kajal, kumkum, bindi, sindur, alta, plastic and glass bangles, hearing aids, passenger baggage, puja samagri of all kinds, and all types of contraceptives, including condoms, had in fact been subjected to a ‘nil’ tax rate under the GST”.