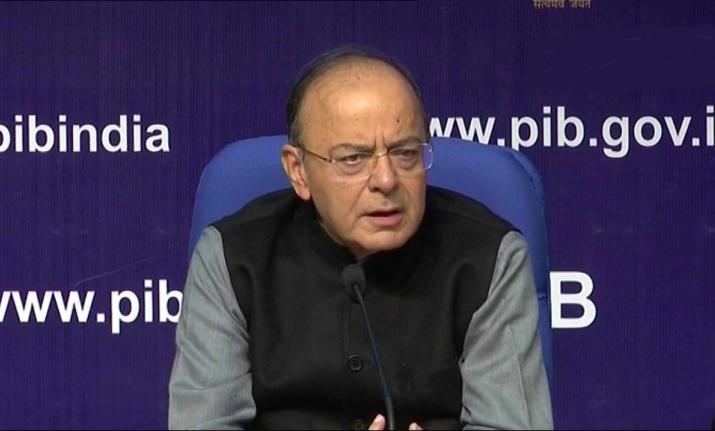 Ahead of the Union Budget announcement on February 1, the Minister said that the GST structure had stabilised after falling for two months, which offered an opportunity to further rationalise tax rates and increase the tax base.

“The Goods and Services Tax (GST) has brought about total change in the tax structure of indirect taxes within the country,” Jaitley said at the Investiture Ceremony and International Customs Day 2018 in New Delhi.

“Compared with what has happened across the world, it has stabilised in a much shorter period in India,” he said.

Jaitley’s remarks come days after the central government announced that the GST collections had picked up after falling for two straight months and touched Rs 86,703 crore in December compared with Rs 80,808 crore in November.

Indicating further cuts in GST rates, Jaitley said this stabilisation of the GST structure offered the government an opportunity to increase its base and rationalise its structure as it continued to evolve.

The GST Council had, in its meeting on January 18, decided to slash the GST rate on 54 services and 29 items.

In its November 10 meeting, the council had removed 178 items from the highest 28 per cent category while cutting tax on all restaurants outside starred-hotels to 5 per cent.

The Finance Minister said: “In income tax, the base has become larger; it’s bound to enlarge. And, therefore, charging higher rates from few selected groups — which is traditionally been done — is an area which has been changing.”

Notably, the net direct tax collections witnessed an increase of 18.7 per cent till January 15 this fiscal compared with the corresponding period last year.

The Minister said the the role of the Customs Department was also evolving with the changing nature of the economy and the increased availaibility of technological tools.

“In customs also, tariffs have been rationalised. (Due to) the increased focus on ‘Make in India’, plus availability of a large number of goods and commodities within the country, the nature of Customs Department itself has changed.”

Jaitley said the Customs Department was facing the twin challenges of detection along with facilitation.

“The department has twin role to play. You ought to have a detection machinery in place so as to ensure that tax evasion does not take place. At the same time, you have to be a trade facilitator which makes entry into borders easy,” he said.

“It is in the larger interest of domestic economy to ensure that trade facilitation takes place.”

He said the department had to find a balance between the two seemingly contradictory roles.

“Out of the 10 criteria that the World Bank follows, there are at least three — relating to municipal permissions of land and buildings, trading across borders and contract enforcement — which are not very difficult to satisfy. If we hit the bullseye on these three, then to come down to substantially below 100 (rank) is reasonably possible.

“And when it comes to trade across borders, the Customs Department has a very significant role to play,” he said.