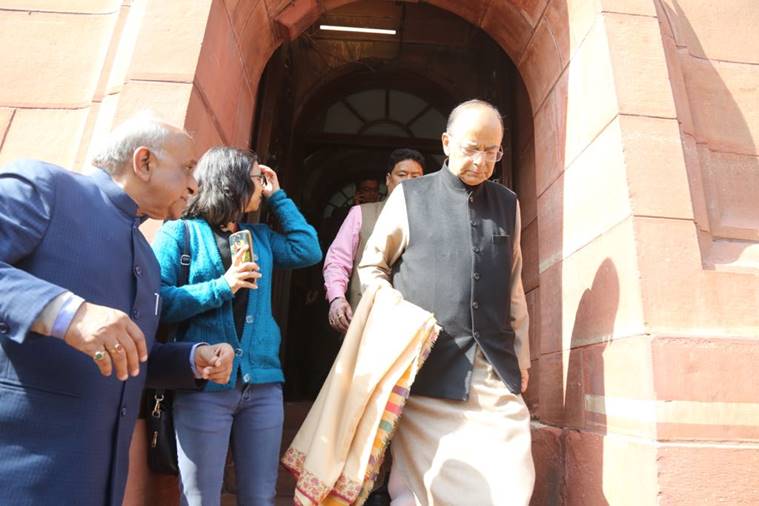 Finance Minister Arun Jaitley will present the Union Budget 2018 on February 1. Earlier on Monday, the Economic Survey prepared by Chief Economic Adviser Arvind Subramanian pegged India’s GDP growth at 7-7.5 per cent in the upcoming fiscal year. The survey also pointed out that the GDP growth has averaged 7.3 per cent for the period from 2014-15 to 2017-18, which is the highest among the major economies of the world.

Here is what India Inc expects from Budget 2018

KK Mookhey, Founder & CEO, Network Intelligence: In last years budget, the Finance Minister announced the setup of CERTFIN. While the initiative was much needed, we hope to see much more specific action points in the 2018 budget that will align with the digital transformation journey that the country is undergoing. The 2018 budget must support the development of the cybersecurity infrastructure by focusing on people, process & technology.

Vivek Agarwal, Co-founder, M-tech Informatics: As the country eyes the top position, the mobile phone industry expects the government to maintain and introduce more favorable policies for domestic manufacturers. First, in order to prevent dumping of phones in the Indian market, the government should increase the duty on CBU’s to 20 % per cent Second, we expect the government to lower bank loan interest rate by 2-3  per cent. Last but not the least, we hope the government extends the IGST benefits to manufacturers.

Avneet Singh Marwah, Director & CEO, Super Plastronics Pvt Ltd: Last year the consumer electronics industry saw a decline by 10-15% due to two —GST and Demonetisation. Televisions have been put under 28 per cent GST slab, therefore we saw a larger decline in sales in third quarter. As a result, offline trade has taken the maximum hit and we expect GST on television should come down to 18 per cent. If the government does not consider a reduction, we may see jobs cut down by 35 per cent. If India wishes to maintain its ‘fastest growing economy’ tag, then we must increase consumerism, which can’t be achieved by placing a 28 per cent tax bracket on a consumer electronics like smart television.

Premanshu Singh, CEO, Coverfox: The Finance Minister should consider reducing the GST rates on the purchase of pure-risk based insurance products. That itself will make premiums for products like health insurance more affordable. While the government has always taken steps towards promoting crop insurance, we feel that insurance products for business tools and equipment, especially those employing renewable energy, should be promoted.

Hari Menon, Co-Founder, and CEO, Bigbasket: The implementation of GST has helped us in effectively selling unique products of one state at same price across the nation. For most of the products, prices have come down. If the rates are lowered further, it would be great. The customers will benefit more. But beyond GST, I am not expecting any major reforms in this year’s budget from the business side.

Sandipan Mitra, CEO, HungerBox: A relief on the customs duty on imports and the applicable taxes and easier regulatory measures would be a very good step in helping startups to focus more on enabling the digital economy of the country. We pay 18 per cent import duty on the Vendor Terminal. In addition, we pay another 18 per cent on it, import duties could be removed and taxes could ideally be in the low single digits.

Dhiraj Agarwal, Cofounder, Campus Sutra: While ease of Business ranking of India has improved in the recent index lot needs to be done in reducing the procedural delays. Procedural delays, especially in the import, can be detrimental for early start-ups. Recently we had an incident where a sample set was stuck in customs for close to 21 days. The government needs to take steps in easing importing of goods.

Albinder Dhindsa, Co-Founder & CEO, Grofers: We share an optimistic outlook from the policymakers, especially after the DIPP approval. Some amendments that we look forward to would be to improve the ease of doing business, to have government involvement in setting up ground infrastructure that serves as the base on which everyone can build upon, improve education to make more of the youth productive, as well as better electricity and internet access to the millions of Indians moving up the economic ladder. An infrastructure boost will not only increase their economic potential but help us overall in reducing waste and inefficiencies that contribute to inflation.