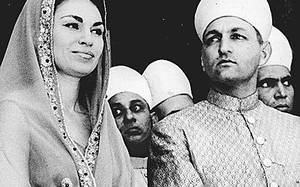 Panaji: Seafood exporters attending the ongoing three-day India International Seafood show lamented that a number of the Goods and Services Tax (GST) provisions continued to be in the grey area, impeding their trade.

Participating in a technical session dealing with various aspects of processing and export of marine products, on Monday, the last day of the show, stakeholders acknowledged that the Centre has addressed many of their concerns over GST. Though they were happy with the merger of multiplicity of Central and State-level taxes, into a single GST. However, they were finding it difficult to understand the nuances of the new tax regime.

While the tax refund procedure had been clarified and simplified, exporters were yet to get the refunds as there was no timeline. Other thorny issues included merchant exporters’ warehouses and claiming drawback benefit, which took into account only the Central GST, not the State GST, they said.

“An enabling GST regime is crucial for achieving the export target for marine products,” he remarked.

The Central government, the Marine Products Export Development Authority (MPEDA) and the Seafood Exporters Association of India (SEAI) are seeking a target of $10 billion in exports by 2022.

In another session, Lim Meng Huat, Chief Operating Officer, Apollo Aquarium, Singapore, said the demand for live edible shrimp and fish was rising in the international market which necessitated adoption of latest technologies for live transportation of marine products.

The seafood show was organised jointly by MPEDA and SEAI and attended by delegates from within the country and abroad.