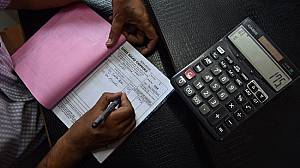 Moradabad: Exports make a crucial contribution to the country’s growth as well as job creation, both of which are predicted to grow in the coming year, according to Economic survey 2017-18. In Moradabad, an export hub for brass and metal handicrafts, exporters continue to wait for close to Rs. 1,100 crore in refundable GST.

“A liquidity crunch was created right after GST was implemented. We had to lay off 25 percent of our workers,” said Vishal Aggarwal, an exporter in Moradabad. “The relaxation implemented in October is only till March. Without knowing what this budget decides, we don’t know if we can rehire workers.”

Goods and Services Tax (GST) was implemented as a uniform tax regime across the whole country on July 1.

This forced exporters to charge more from buyers and created price wars in the international trade fairs that took place in October, negatively impacting a key business opportunity.

The losses exporters suffer directly impact the craftsmen and artisans of Moradabad.

Six months ago, Mohsin Khan, owner of a small brassware unit, used to work every day alongside 15 craftsmen. Now, only two other workers remain, and they have nothing to do.

“My craftsmen are now pulling rickshaws, autos, doing manual labour,” said Mr. Khan. He used to work seven days a week, but now without getting any orders from exporters, he has had to let his craftsmen go and open a small dry goods store. “Since the GST was implemented, my workshop is closed.”

Moradabad’s Makhbara is usually a chaos of activity, but thanks to a lack of orders, now only a few craftsmen continue their intricate work there. Others are forced to abandon their craft.

COMMENTS”It’s a matter of great sadness for our country that our craftsmen are migrating to other countries to find work,” said Azam Ansari, a member of the All India Handicraft Board.

Moradabad exporters hope that the union budget, to be presented by finance Minister Arun Jaitley on February 1, would reduce or remove GST on exports, increase incentives once again, and speed up the return of refundable taxes.