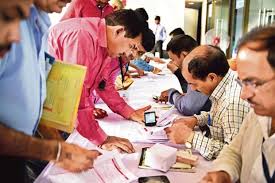 It would not be out of place to state that despite the many twists, turns (including U-turns) and travails that the goods and services tax (GST) rollout has seen, it is the working of the GST Council that is the all-curing balm.

Cut to income tax, where we deal with a law first introduced in 1922. The current 1961 version has perhaps more text on insertions, deletions, provisos and explanations than the original law itself, and with the loudening global pitch on base erosion (read: protectionism) and profit shifting (read: sharing), the pace of change will only increase.

Whether one asks the common man, or a big enterprise, there are fundamentally three issues that create an overhang. No, the first is not about the tax rate, which by all means is due for a reduction, as much as it is the need for clarity and certainty. The second is to walk the talk—there is often many a slip between intention, drafting and implementation. The third relates to being futuristic. With our population, India will remain the hottest, largest and most lucrative market. It is almost impossible to predict what the next waves will be. Rather than, therefore, believing that owing to our customer base advantage there ought to be a one-way ticket to tax collections, it is time that a futuristic view is taken with balanced objectives.

Addressing these by way of budget amendments, by its very design, will always be reactive, often be a year late and rarely be conceived beyond the revenue implications for the next 12 months. Can we borrow a leaf from GST here?

Instead of a committee that is set up every few years to make recommendations to simplify the law (and reports that then languish in bookshelves), why not have an income tax council, made up of some permanent and some invited members, that meets every now and then, as the need arises, and one that does not stop at making recommendations, but that works through with the Central Board of Direct Taxes (CBDT) to issue the necessary clarifications or guidance, and works to amend the law when needed. There is a waiting opportunity to weave this concept into the new income tax law being drafted so that there is necessary legal sanction.

It will be beyond my competence to make recommendations on the composition of the council, but I would certainly prepare an agenda for its first meeting.

The last few years have seen see-sawing on taxation of capital gains. The period of holding for long-term assets was increased and then reduced. Budget 2017 introduced limitations to the stock market exemptions. Foreign parties get taxed at a reduced rate and are not subject to minimum alternate tax (MAT), whereas Indian companies are. The additional 10% tax on dividends also does not apply to foreign shareholders. My case here is to deliberate on what is the philosophy to be followed, to what extent is there a need to incentivize capital and investment creation and then have a framework that can stand without questions being raised every year. Include in this debate whether private investment also needs exemptions, or lower rates, to what extent, why and for how long there ought to be differences between foreign and Indian investors and how retail and institutional investors will be differentiated, if at all.

A pill should cure and the side-effects should not substitute the original disease. Start-ups need a simple dose that reads: no limitations on carry-forward of losses, don’t tax my capital (which is so hard to raise in any case), and provide me with a tax holiday once I start making profits. The moment the council speaks to a handful of entrepreneurs the pain will be palpable and the prescription forthcoming.

Old school wisdom says don’t tweak and don’t have knee-jerk reactions. Tax policy and principles are built on a solid foundation, and they should work as efficiently and effectively on all kinds of business models. If a foreign company sells shoes to customers and does not pay tax in India, why should a company selling digital products? We have a world-class GST system (well, almost) to collect taxes based on consumption. Coming up with new taxes that are levied on the consumers is only as good as increasing the rate of GST, and finally, is paid for by the end-users like all of us reading this. Our judiciary and legislature haven’t sorted out how software is to be taxed for decades on, so I only dread to even think how much complexity we will be adding to our ecosystem if we do not adopt a logical and simple approach on the digital world.