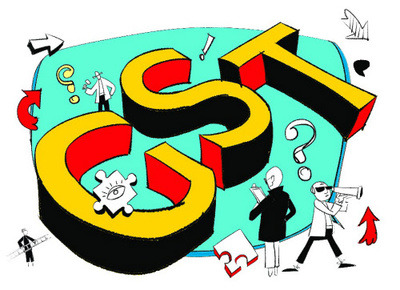 Dr. A K Sangal, Ex Group Director ISRO, Ahmedabad in his inaugural speech waxed eloquent on various aspects of technology, economy and future growth. He opined that one could learn a lot from students as they are bubbling with ideas. He elaborated that tough decisions made by the government have boosted the economy . He appealed the students to design mobile applications related to GST.

Hemant Tantia, Joint Commissioner CGST, stated that GST was a destination based tax and creating economic integration of the country. He also shared online filling was the fundamental rule of GST. He expressed the biggest challenges for GST was networking facilities in remote parts of India.

Khedkar mentioned about the opportunities were emanating for students in the field of GST. He also pointed out the advances made by the new tax structure in comparison to the old tax structure.