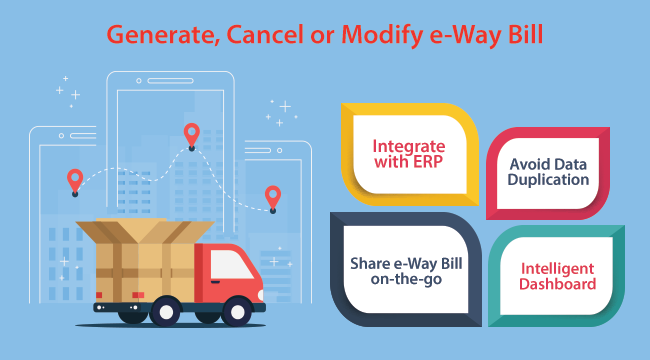 The e-way bill concept has been introduced in GST for tracking movement of goods and preventing fiscal leakages. Prior to GST some states had their own way bill mechanism, but in GST an e-way bill system is proposed to be introduced to provide uniformity across the nation in terms of documentation and tracking mechanism. Under this system, every transporter will have to carry a system-generated bill to move goods from one place to another where the consignment value exceeds the threshold limit of Rs 50,000.

While the national rollout has been deferred, states are now coming out with state-specific requirement of generation of e-way bills. Bihar and Telangana reverted to their own e-way bill systems on their state portals. It is challenging for suppliers as well as for transporters to keep track on daily basis and to generate e-way bill complying with provisions of respective states.

Before the system is once again mandated nationally there are various issues which are yet to be addressed from technicality/procedural points of view:

*Although various modes for generation of e-way bill are proposed, such as SMS, Android App, API and Web-based, the trial run is still not available for SMS, Android and API.

*It has been mentioned that a dealer who is unregistered for GST purposes can enroll for e-way bill generation. However, the window for enrolment for unregistered persons on the trial run is not yet operationalised on common portal, to try and err.

*The portal is designed such that one e-way bill is linked to one invoice. This is contrary to the requirement where consignment in one invoice is to be transported in multiple conveyances, separate e-way bill is required.

*In case of goods to be moved to a weighbridge, industry is obligated to issue/raise self-delivery challan for movement and generation of e-way bill. This seems impractical and such situations warrant exemptions.

*There are also some concerns in the portal like HSN mismatch between GSTN list of valid HSNs vis-a-vis NIC portal excel utility; and non-acceptance of ‘0’ value in case of free samples that need to be addressed.

*In case of multi-model movement of consignment, each transporter causing further movement is required to update the details in Part B of the e-way bill.

*Transporter is required to move the consignment within validity period/time as defined based on distance, in order to have smooth transportation and to avoid the generation of a new e-way bill.

*Where multiple consignments are intended to be moved under single conveyance, the transporter is required to generate additional consolidated e-way bill.

Addressing the above issues would make the e-way bill introduction seamless and acceptable to all stakeholders. It would also be ideal if the date of introduction of e-way bill through common portal is the same countrywide, to enable businesses to be ready with common processes, software and accounting.