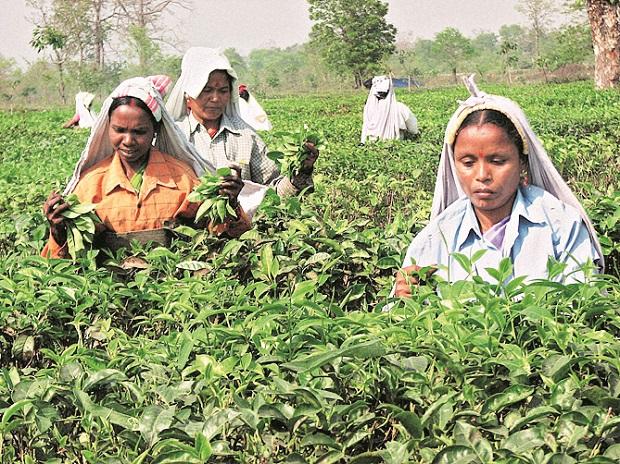 The tea industry witnessed sluggish prices in its auction centres despite global and domestic cues working in India’s favour. This was mainly due to the ambiguity resulting out of the roll-out of the goods and services tax (GST) last year.In Assam and other north Indian tea producing centres, auction prices were flat at Rs 143. 98 in 2017. In south India, auction prices declined 6.7 per cent to Rs 96.51 a kg for 2017 from a year ago.Industry executives in Guwahati and Kolkata said the flat price was primarily on account of weak competition among buyers, who “did not show any aggression in the bidding process”.Azam Monem, chairman of the Indian Tea Association, said smaller tea buyers, mainly from rural pockets, refrained from participating in the auctions, as the transition to the GST had been slow for them.“Since these buyers were not present, competition went down drastically. Large-format buyers quoted low prices even for higher-grade produce, which resulted in the average auction prices stagnating, despite a good produce,” he said, adding that in 2016 there were more sellers than buyers.Small buyers account for 35 per cent of the total auction sales pegged at 450-465 million kg.Kenya, a major competitor, faced crop shortage on account of drought.

Total production in India stood at 1,278.83 million kg, up about 5 per cent from 2016. Indian producers, laden with their bounty, were expecting higher prices.However, instead of increasing, average prices in India fell by Rs 1.15 a kg, while at the Mombasa auctions, prices went up by 21.74 per cent to $2.8 (Rs 179.91) a kg.Tea estate owners from Assam, Karnataka and Tamil Nadu said with abundant production, prices at Indian auction centres could have been much higher if there was more competition among buyers.Buyers in south India, too, faced GST-compliance issues, which limited their uptake and brought down prices.An official from the United Planters Association of South India said the GST transition resulted in not only a tepid response from small and large buyers, but also international ones.Several tea estate owners whom Business Standard spoke to alleged the prevalent billing methodology in south India did not allow brokers to bill buyers directly. The buyers prefer to buy from brokers instead of direct sales from the gardens.

“This resultd in a stalemate

and some buyers even boycotted some of the auctions. However, the rulehas been modified and now the billing can be done either by the broker or the seller directly,” a source said.An exporter from Kolkata, who mainly supplies premium-grade leaves to the European Union, the US and Japan, complained he was yet to receive the input tax credit for consignments shipped just after the GST roll-out.As a result, on account of a working capital shortage, other export consignments were also delayed.