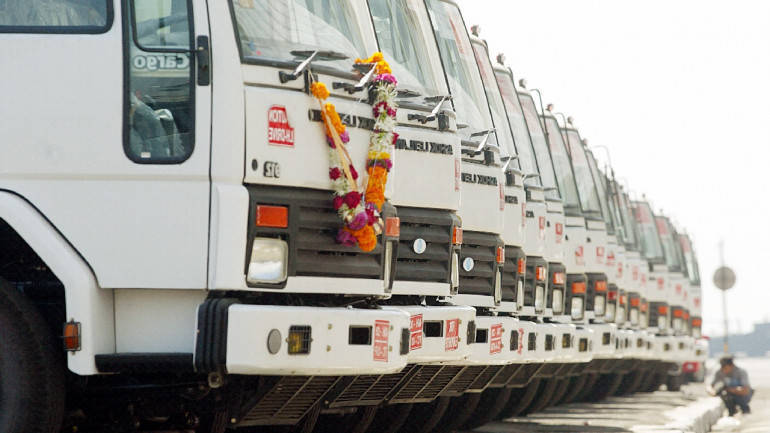 As per the vehicle scrappage policy, the Centre intends to phase out commercial vehicles that are at least a decade old and do not comply with current Bharat Stage emission norms

India’s commercial vehicle industry may get a tax respite if the Centre’s proposal seeking zero percent Goods and Services Tax (GST) on sale of old goods’ carrier under scrappage policy gets the green signal.

“As far as policy is concerned, I will be able to tell you about it once we obtain clearance from the cabinet. But the policy, right now, is that we are expecting zero GST on scrapped vehicles,” he said.

As per the vehicle scrappage policy, Centre intends to phase out commercial vehicles that are at least a decade old and do not comply with current Bharat Stage emission norms. This is expected to push more than 28 million vehicles off road.

The policy, which was tabled in 2016, proposes to give monetary benefits on sale of medium and heavy commercial vehicles (MHCV). The benefits include reducing acquisition cost of new vehicles, provide tax benefits, promote fuel efficient traffic and curb vehicular break-down instances.

Presently, GST of 18 percent is levied on goods being sold as scrap. Under the reverse charge mechanism, buyer of such vehicles has to pay tax on the proceeds from such transaction. Making sale of old commercial vehicle tax exempt will practically keep prices of new vehicles at bay.

“Typically on sale of used vehicles, GST is paid on the value addition reckoned with reference to the depreciated value with no GST where value addition is negative. Any reduction in GST rates would therefore be beneficial, though the benefit will be limited as the tax is on only the value addition,” said R Muralidharan, Senior Director, Deloitte India.

Gadkari has previously said that the government would start the vehicle scrappage scheme as soon as it gets an approval from the GST Council.

Apart from zero percent GST, Gadkari also said that MHCV buyers would be given further concession on prices if s/he provides “proof” of selling such vehicle.

“The person buying new vehicle will be given concession on the new price after he or she submits certificate stating that s/he has foregone his previous vehicle. That concession will be given by the manufacturer,” the union minister said.

It was earlier learnt that road ministry was also considering Bharat-Stage compliance as the measure to scrap old vehicles.

A study conducted by the Centre revealed that commercial vehicles account for 2.5 percent of vehicular count, causing 60 percent of total air pollution. In September last year, the National Green Tribunal (NGT) ordered all diesel vehicles more than a decade old off the roads of Delhi and the National Capital Region (Delhi-NCR).